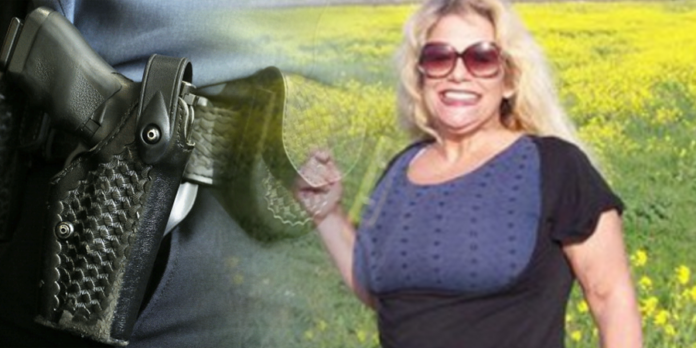 SAN JOSE, Calif. (CN) — A federal judge appeared inclined to dismiss at least some of the claims made by the family of a 60-year-old woman who was shot and killed by a Santa Clara County Sheriff’s officer.

U.S. District Judge Beth Labson Freeman on Thursday told lawyers for the family of Andrea Naharro, who was killed by police outside of her apartment in November 2013, that officer who shot Naharro had reason to fear for her personal safety.

“At this point I don’t think there is evidence to contest the constitutionality of the actions of Deputy Galan,” Freeman said during the hearing.

Santa Clara Sheriff’s Deputy Jennifer Galan shot Naharro — who was barefoot at the time and suffered from multiple sclerosis — after she allegedly threatened officers with a knife.

Karen Snell, attorney for Naharro’s estate, said Galan used excessive force and any reasonable officer in her position would have found alternative nonlethal means to defuse the situation.

Naharro was having an argument with her husband in an apartment complex in San Jose, California, when she took a knife and began stabbing his guitar.

The noise generated by the domestic incident caused a neighbor to call the police and report a possible burglary in process.

When the police arrived, Naharro was shouting while holding the knife in one hand and the guitar in the other. Officers approached Naharro and told her to calm down but did not indentify themselves.

Naharro, who was irate, yelled at the officers, asking them who they were and telling them to move off. As the officers noticed the knife and Naharro’s demeanor, they backed away. Naharro walked after them, according to the narrative presented during the hearing.

While two other officers retreated behind a car, Galan somehow managed to get herself caught in between Naharro and the house. As Naharro spun around to walk back toward her house, Galan shot her three times in the face, chest and pelvis, killing her.

“Mrs. Naharro had not committed a crime,” Snell said. “The knife was already in her hand when the deputies got there and she was just asking, ‘Who are you? Why are you here?’”

Aryn Harris, arguing on behalf of Santa Clara County, said Galan “went through a herculean effort to avoid shooting her and gave her as many possible warnings.”

Freeman said such questions were immaterial and deciding whether an officer violated the constitutional rights of an individual through excessive force requires taking into account the point of view of the officer and whether or not that officer felt imperiled by the events.

“It does paint a terrifying situation for the police, and age and size cannot be used to diminish the threat to the officers,” Freeman said.

While it appears likely that Santa Clara County will prevail on the constitutional violation claims, Freeman appeared inclined to let the negligence claim go to trial.

“She is alleged, based on the evidence and based on expert testimony, to have gone against her training and against best police practices,” Freeman said of Galan’s actions on the night in question. “She got herself in a position where she could be trapped.”

Harris said the officer may have had escape routes, but just didn’t know they were there due to darkness.

The judge said she would take the matter under submission and rule on whether the case will go to trial in the coming months.