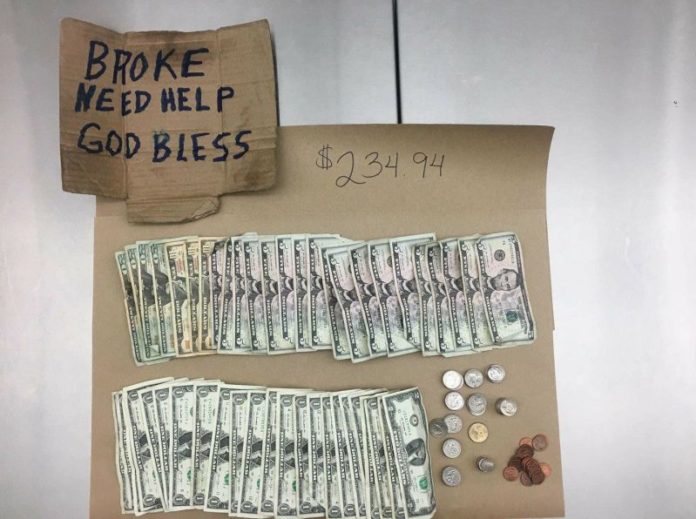 The homeless population  in America is often overlooked, and this police department wants to make the problem even worse by insulting those in need and shaming the people who try to help by giving to them.

On Sunday, The Cheyenne, Wyoming Police Department took to its Facebook page to brag about arresting an intoxicated panhandler whom officers frequently deal with. The department put his sign asking for help, as well as the $234.94 he had collected from kind strangers, on display:

The police want people to feel bad and stop giving to homeless people because this person had a grand total of $234.94.

Public outrage against the post was immediate. Commenters accused the department of publicly shaming all homeless people and stereotyping them as alcoholics and drug addicts. There were also accusations that the department had illegally confiscated the person’s money and intended to keep it, according to The Root. Others complained that it is not up to police to tell them how they should help others; they can decide on their own what to do with their money.

There were also those who supported the CPD’s decision and ridiculed their fellow commenters for misunderstanding the department’s intent.

On Tuesday the department posted a follow-up message explaining its intent and assuring the public that the “transient” in question had been arrested several times for similar offenses, and that the money in question was inventoried as part of standard arrest procedure and would be returned to the owner upon his release from jail.

“This post was put up to illustrate how our best intentions of helping somebody out may actually enable them to continue in their alcoholism or other self-destructive behaviors,” the department wrote.

“We have been helping people get out of the cycle of addiction by intervening after the initial arrest and providing those arrested with resources for assistance. This includes addiction counselors working with people in the jail as well as providing counseling services when that person is released.”

While it is good if they actually do offer help to those that need it, it is extremely inappropriate for them to suggest that all homeless people and people in need are nothing more than alcoholics. It is not the police department’s place to tell people not to help those in need. 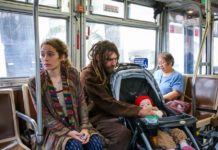 Twitter CEO Pressured To Step Down As Studies Show Nearly 15% Of Users Are...