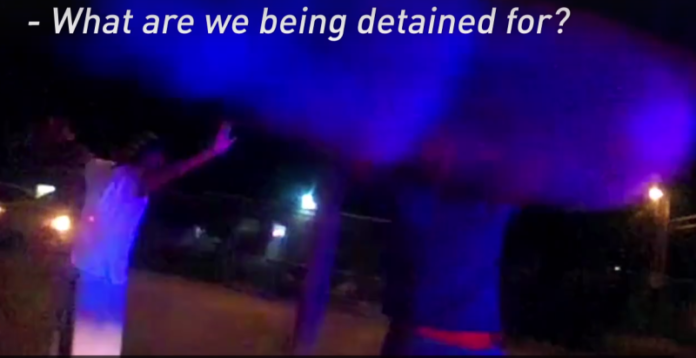 Taxpayers of Aurora, CO have to pay $110,000 for the illegal actions of their abusive police force.

The claim was brought by the American Civil Liberties Union of Colorado on behalf of Darsean Kelley, who was unlawfully stopped, detained and tased by Aurora police just as he informed them, “I know my rights,” reported The Root.

The ACLU of Colorado announced the settlement, and also points out the city of Aurora says the settlement is not an admission of guilt.

“Through constructive, respectful dialogue, the ACLU of Colorado and the city of Aurora, through the city attorney’s office, were able to work together to resolve this case promptly and without expensive and time-consuming litigation,” ACLU of Colorado Legal Director Mark Silverstein said. “The ACLU commends the city of Aurora for its willingness to come to the table in good faith to find a resolution that is fair to Mr. Kelley and beneficial for taxpayers of the city.”

The original incident, which led to the lawsuit, was on Feb. 19, 2016. Aurora police officers were responding to a call about a potential crime at an apartment complex. Although they had no description of a suspect and no reason to believe that Kelley, or his cousin who was with him, were involved in any criminal activity, they stopped them anyway as they were walking down a nearby street.

According to the ACLU, the officers refused to tell Kelley why he was being stopped. After he asked them several times if he was being detained, the officers told him that he was, and yelled orders at him as he asked, “For what?”

Kelley complied with the officers’ orders anyway and held his hands up with his fingers outstretched to show that he was not a threat. At one point he pointed to his chest and said, “I know my rights.” It was then that one of the officers shot him in the back with a Taser, causing him to lose all muscular control in his body, fall backward and strike his head on the pavement.

Even though he did nothing wrong, Kelley was arrested and charged with disorderly conduct, spending three days in jail before he could be bailed out. He was successfully defended in the criminal case by ACLU lawyers, who filed a motion arguing that the unlawful street detention violated his Fourth Amendment rights.

The incident was captured by police bodycam video and was shared by the ACLU. Kelley can be seen clearly complying with officers and not posing a threat before he is tased.

The Aurora Police Department Internal Affairs Bureau, as well as the city’s Independent Review Board, determined that police officers are allowed to stop, detain, tase, and arrest people even if they have done absolutely nothing wrong. They said the use of force against Kelley was “reasonable, appropriate and within policy.” In addition, the IRB found that the incident did not warrant further investigation.

“That the Aurora Police Department reviewed this incident and gave it a departmental stamp of approval shows the department is incapable of policing itself,” ACLU Staff Attorney Rebecca T. Wallace, who led the settlement negotiation for ACLU of Colorado, said. “If what happened to Darsean Kelley is business as usual for the Aurora Police Department—as their own review board found—then Aurora taxpayers can expect to continue to foot the bill while black and brown men suffer at the hands of police.”