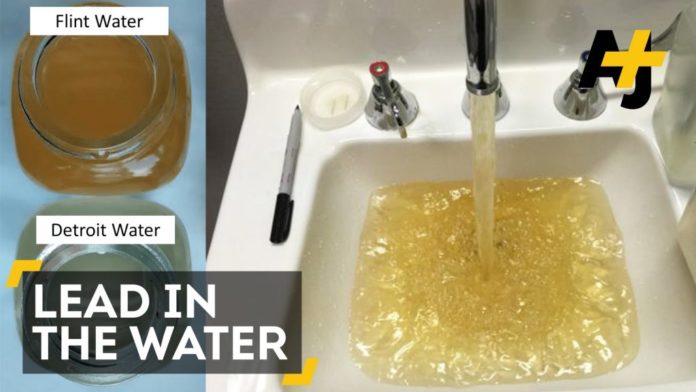 The citizens of Flint continue to suffer after corrupt government officials chose not to protect them.

The people of Flint, Michigan still do not have clean water in their taps, but what they do have is a three-and-a-half-year legacy of bureaucratic bullshit and red tape, lead poisoning, outbreaks of Legionnaires’ disease, sick babies and children, and a whole lot of back-and-forth between the city and the state over who is going to fix the various problems related to the crisis and how, according to The Root.

The problems began when the Flint’s water supply was switched to the Flint River in April 2014, while under state emergency management, but it was not treated to reduce corrosion. Lead from old plumbing leached into the water system, causing a massive lead contamination crisis.

Government officials of have been charged with crimes after the fallout, but the city is still without a permanent solution that provides clean tap water to its residents.

When the parties were unable to come to an agreement in June, the Michigan Department of Environmental Quality filed a lawsuit against the city after the City Council refused to approve a long-term water contract with the Great Lakes Water Authority, out of Detroit. The suit alleges that the city is endangering public health, said the Root.

According to the Minnesota Star Tribune, Michigan State University, which received a four-year, $14.4 million grant from the Centers for Disease Control and Prevention, announced Tuesday that it will be using the first installment of that grant to establish a registry of Flint residents who have been exposed to lead since the crisis began in 2014. It will use the $3.2 million to connect people to programs that can help minimize the health problems associated with lead exposure, which include effects on brain development in children.

The Detroit News reported, U.S. District Judge David Lawson appointed attorney Paul Monicatti to facilitate a mandatory mediation between the city of Flint and the DEQ to settle their differences over the future source of water for the city of Flint. This should help put a stop to their constant arguments that only causing further harm to the residents of the city.

Mayor Karen Weaver’s office told the Daily Progress that since March 2016, about 2,700 homes have had old water lines replaced through the FAST Start Initiative, a program with a goal of replacing nearly 20,000 lead-tained water lines in the city by the year 2020.

The Environmental Protection Agency announced Tuesday that it will forgive $20.7 million in water debt that the city of Flint incurred through the Drinking Water State Revolving Fund. WCRZ reported Weaver issued a statement thanking the agency for forgiving the debt and saying, “We have come a long way, but there is still much more work that needs to be done. With help and support like this from federal, state as well as local entities, Flint will indeed bounce back.”

Residents still continue to suffer from the greed of city officials, especially children. The help does appear to be on its way, but it is very slow, and it is too late for some of the people of Flint.