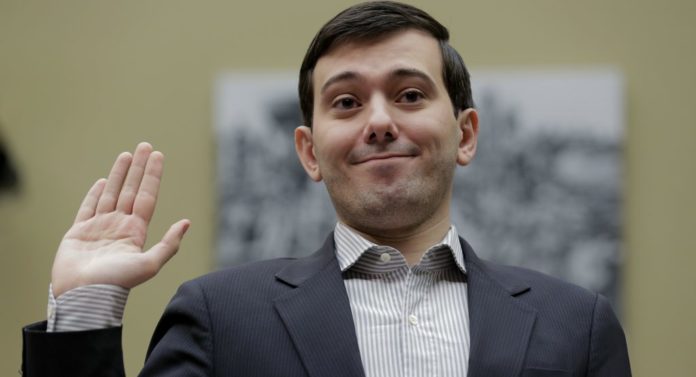 Martin Shkreli, the eccentric former pharmaceutical CEO notorious for a price-gouging scandal and for his snide “Pharma Bro” persona on social media, was convicted Friday on federal charges he deceived investors in a pair of failed hedge funds.

Prosecutors had accused Shkreli of repeatedly misleading investors about what he was doing with their money. Mostly, he was blowing it with horrible stock picks, forcing him to cook up a scheme to recover millions in losses, they said.

Shkreli, 34, told “lies upon lies,” including claiming he had $40 million in one of his funds at a time when it only had about $300 in the bank, Assistant U.S. Attorney Alixandra Smith said in closing arguments. The trial “has exposed Martin Shkreli for who he really is — a con man who stole millions,” added another prosecutor, Jacquelyn Kasulis.

But the case was tricky for the government because investors, some wealthy financiers from Texas, testified at the trial conceded that Shkreli’s scheme actually succeeded in making them richer, in some cases doubling or even tripling their money on his company’s stock when it went public. The defense portrayed them as spoiled “rich people” who were the ones doing the manipulating.

“Who lost anything? Nobody,” defense attorney Ben Brafman said in his closing argument. Some investors had to admit on the witness stand that partnering with Shkreli was “the greatest investment I’ve ever made,” he added.

For the boyish-looking Shkreli, one of the biggest problems was not part of the case – his purchase in 2014 of rights to a life-saving drug that he promptly raised the price from $13.50 to $750 per pill. Several potential jurors were kept off the panel after expressing distain for the defendant, with one calling him a “snake” and another “the face of corporate greed.”

Saudi Millionaire Cleared Of Rape Charge Because He ‘Accidentally Fell’ On Victim – Anti...