Home News SAME JOB, SOME ARE CALLED “ENTREPRENEURS,” OTHERS ARE TREATED LIKE CRIMINALS 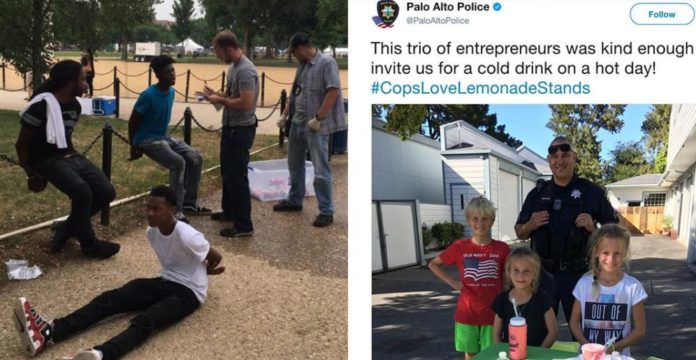 What’s the difference between little white girls selling lemonade and little black boys selling water? I’ll wait. Any guesses? Well here you go: one gets to share their “entrepreneurship” with cops, while the other ends up in handcuffs.

Over the past couple of weeks, controversy over permitted and non-permitted street vending has come to an all time high. Police departments across the country have found fresh criminals in the vending business, and due to the overwhelming influence of the media, we are given an up-close glimpse at injustices by both the public as well as the ignorant enforcement.

In early June, attempting to sell flowers outside of a High School graduation without a permit, Juanita Mendez-Medrano was arrested and publicly humiliated in Perris, CA–while just over a week later D.C. teens attempting to sell bottled water and were subsequently cuffed for the “safety of the officers and of the individuals.” Because what’s more dangerous than black teenagers trying to hydrate the community, or better yet make clean money, without a permit? Laws are laws apparently, and the law states: selling goods on the street without a permit is illegal. Yep, these are the rules.

WHOA BUT WAIT, Palo Alto police seem to love to buy lemonade from little caucasian kids without permits. In fact, they love it so much that they not only spent their money, they also found it righteous enough to tweet about!”#CopsLoveLemonadeStands.” 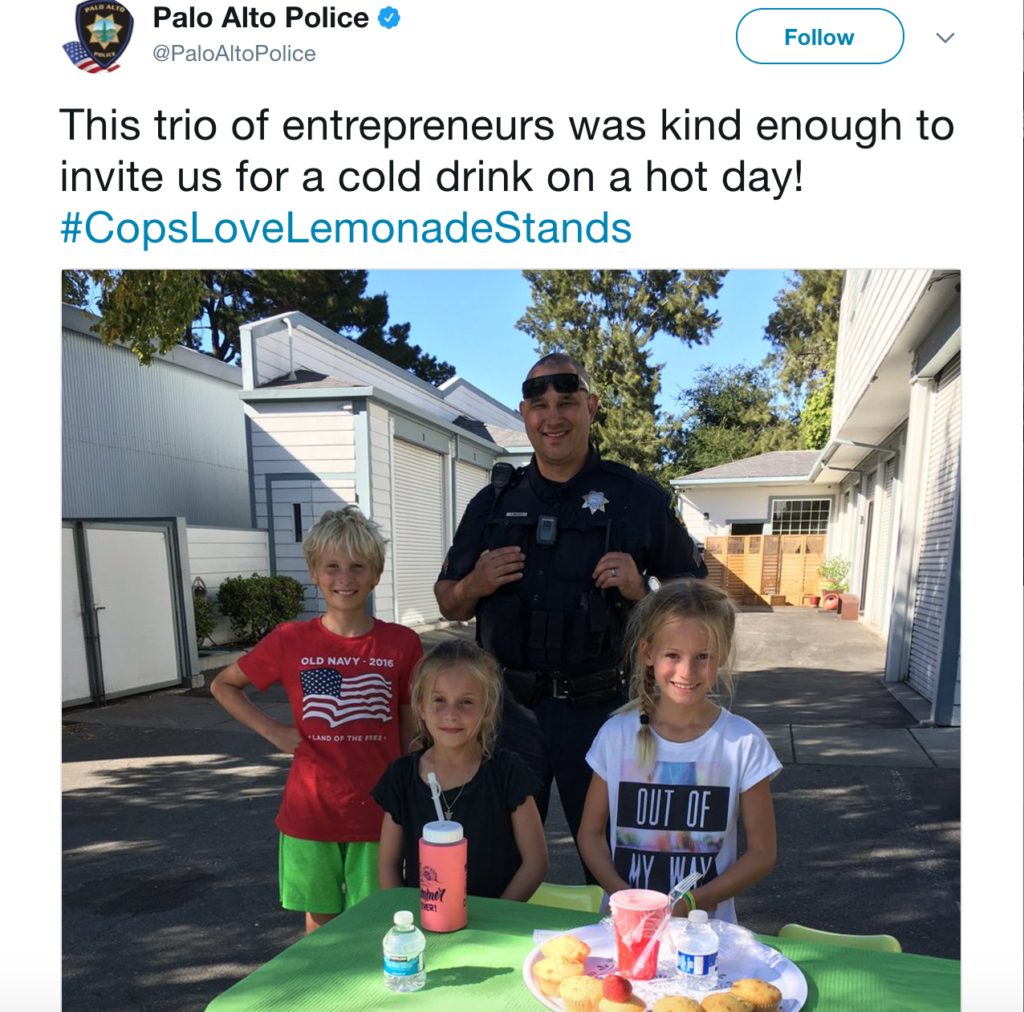 So how exactly are we defining illegal? What does legal even mean? Is there an age threshold? A color threshold? Why exactly are little lemonade makers entrepreneurs, but mothers selling flowers to support their families are criminals? Why do lemonade stands get cop money, while self proclaimed water vendors get cop cuffs?

Last I checked water is better for you anyway, and if you want to get real, if there were a more sustainable job market for society’s immigrants and youth of color, there’d be less necessity to take to the streets in the first place.

Republicans Are Stripping Our Freedoms One By One – Anti Media News

FBI Closes In On KKK Members Suspected Of 70 Yr Old Lynchings Of Black...