Home News Man Records Cop Stealing From His Farm, Reports It To The Dept—No... 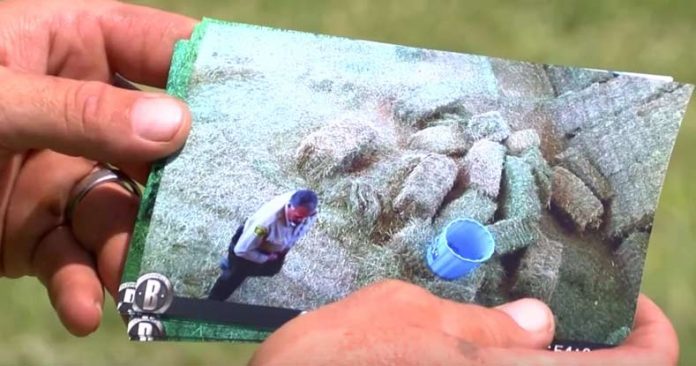 Chavez told reporters he had given Deputy Fred Torres many opportunities to come clean and admit he was stealing from Chavez but the officer did not. So, the farmer took the surveillance photos to the police department and filed a criminal complaint against him.

The mild-mannered farmer set a trap for the police officer by setting up a wildlife camera in an area where he says he noticed his hay disappearing.

I noticed a little bit of hay each time missing so that’s what made me go put up the camera and it was right there in plain sight.

He says he was shocked after downloading the images to learn the thief was wearing a police uniform and says he immediately recognized Torres because the officer had purchased hay from him in the past.

When confronted with the indisputable facts the farmer said Torres owned up to taking some bales of hay back in late 2016, but the farmer knew even that was a lie. He said:

He admitted to taking 20 [bales] but that was back in December and I had him on camera in April so it’s been ongoing.

Chavez explained his deep seeded frustrations not only with the theft of fruits of his labor, but also with the fact the dishonest person was supposed to be locking up the very type of individual he himself had become. He remarked:

This is the way you make a living and you’ve already got mother nature against you as it is so for someone to be stealing from you and for it to be a sheriff’s deputy, that is where it gets interesting.

The hay farmer estimates the value of the bales of hay Torres stole from him is at least $1500 but admits he’s not exactly sure how much he has taken from him and for how long.

It’s unclear if Chavez fears retaliation for speaking out against a police officer. But in all fairness, it seems Chavez gave Torres many opportunities to make right his wrongs. He confronted him before taking his concerns to the officer’s employer.

And even when he was speaking with the local news media, Chavez devalued the total amount of stolen goods below what would have been considered a felony. It seems clear to us at TFTP that he only wants the stealing to stop.

But we have a message for Valencia police. If you retaliate against Mr. Chavez for turning in someone you should already have arrested, we will make sure the whole world knows how you conduct official police business. Bring charges against Torres if he refuses to pay back all that he has allegedly stolen, or become just like the criminals you say you are committed to apprehending.

The Valencia Sheriff’s Department told KRQE it cannot comment on Chavez’ claims one of their own is a crook. They say the investigation is ongoing. But the likely truth is they are probably waiting until the press gets distracted with another story, so they can make the whole ordeal disappear.

These Vagina Necklaces Are So Popular They Broke Their Creator’s Etsy Shop – Anti...