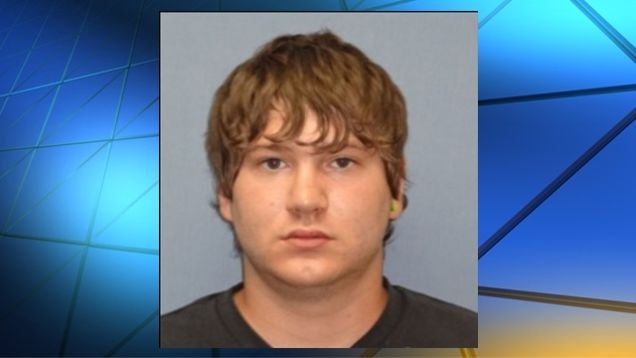 An Oklahoma man was arrested Saturday for trying to detonate a vehicle bomb in downtown Oklahoma City.

Jerry Drake Varnell, 23, was taken into custody after trying to set off a vehicle bomb at BancFirst, U.S. Attorney for the Western District of Oklahoma Mark Yancey confirmed, according to KOCO.

“He wanted to replicate the Oklahoma City bomb,” an FBI assistant special agent in charge, Raul Bujanda, said at a Monday news conference.

The FBI arrested Varnell around 1 a.m. after he tried to detonate what was believed to be an explosives-laden van that he had parked in an alley next to BancFirst.

A criminal complaint claims Varnell originally wanted to blow up the Federal Reserve Building in Washington, D.C., using a device similar to the one used in the 1995 Oklahoma City bombing, which killed 168 people, because he was upset at the government.

Varnell planned out everything carefully, identifying BancFirst as his target, preparing a statement that would have been posted to social media after the explosion, assembling the device and helping to load it into what he believed was a stolen van. He then reportedly drove the van by himself to downtown Oklahoma City and dialed a number on a cellphone that he thought would set off the explosion.

“This arrest is the culmination of a long-term domestic terrorism investigation involving an undercover operation, during which Varnell had been monitored closely for months as the alleged bomb plot developed,” federal prosecutors said in a statement.“The device was actually inert, and the public was not in danger.”

“There was never a concern that our community’s safety or security was at risk during this investigation,” said Kathryn Peterson, Special Agent in Charge of the FBI in Oklahoma. “I can assure the public, without hesitation, that we had Varnell’s actions monitored every step of the way.”

Varnell is facing charges of attempting to use explosives to destroy a building in interstate commerce and could face up to 20 years in prison if convicted.

BancFirst also released a statement saying that it was working with the FBI in the operation:

BancFirst has been working cooperatively with the FBI. At no time were employees, customers or the general public ever in any danger. We believe our BancFirst downtown Oklahoma City building was a random and convenient selection by the suspect. There is no further threat or reason for concern. We take comfort and our company embraces a deep appreciation and admiration for the men and women of the FBI for their diligent and dedicated work in protecting our nation.

6 Plants Other than Cannabis That are High in Healing Cannabinoids – Anti Media...