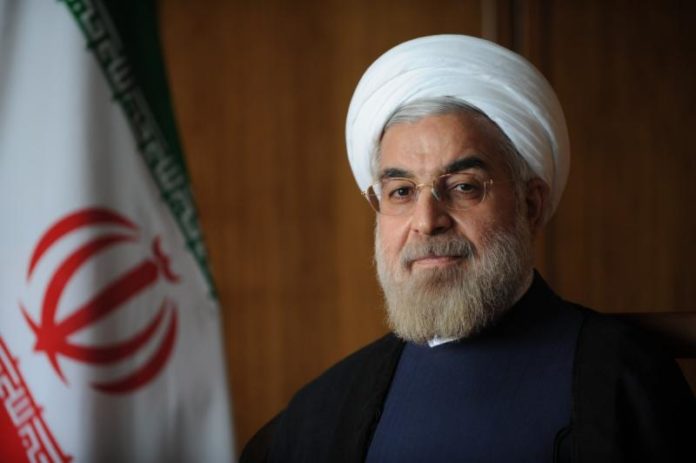 On Tuesday, Iran’s President Hassan Rouhani warned it could restart its nuclear program “within hours or days” if the Trump administration continued its confrontational policies toward them.

Rouhani’s remarks were a direct response to Trump’s unnecessarily aggressive rhetoric toward Iran and his announcement of fresh sanctions on individuals and businesses connected to Iran’s ballistic missile program, reported The LA Times.

In his signature style of trying to undo as much of Obama’s progress as he can, Trump has also pledged to undo the 2015 agreement that Iran signed with the United States and 5 other world powers agreeing to suspended activities that could have led to the production of a nuclear bomb in exchange for a sharp reduction in international sanctions that devastated the country’s economy.

This was the first time Rouhani threatened to return to developing nuclear technology, which is a sign of how rapidly Trump is destroying relationships and bringing the world to the brink of all out nuclear war.

Rouhani said “sanctions and bullying” by Trump administration officials weer similar to “failed policies that forced their predecessors to the negotiating table” to reach the landmark nuclear deal, one of the Obama administration’s signature foreign policy achievements.

Rouhani also suggested that if Trumps insists on undoing the deal, that is OK with him, they will just make nuclear weapons.

“If they want to return to the previous position, definitely, not within a week or a month, but within hours or days, we will be back to a much more advanced stage than we were during our last negotiations,” the state IRNA news agency quoted Rouhani as saying.

The Times reported the head of Iran’s atomic energy agency and an architect of the 2015 agreement, Ali Akbar Salehi, suggested that Iran could return to 20% uranium enrichment levels “in four or five days … to catch [the U.S.] by surprise.”

Congress has repeatedly certified that Iran is complying with the agreement, as it is required to do every 90 days.

Unfortunately for everyone, Trump continued his hatred for Obama and called the deal “a disaster” and said he would push to have the certification revoked.

Meanwhile, he has ratcheted up pressure on Iran by announcing a massive arms deal with rival Saudi Arabia and unilateral economic sanctions related to Iran’s ballistic missile program. The missile program is not covered by the nuclear agreement, but Iran believes any additional U.S. sanctions violate the spirit of the deal, according to the Times.

Iran responded this week by announcing increased spending on its military, including an additional $300 million for the elite Quds Force of the Islamic Revolutionary Guard Corps, a paramilitary organization led by hard-liners.

It also announced that the government would prepare a strategic plan to combat the United States’ “hegemony-seeking policies” and “interference” in the Middle East.

“Iran is sure that the sanctions are a failure,” said Hamid Reza Taraghi, a political analyst close to the supreme leader. “What President Rouhani said today is a threat against America’s threat.”

Others characterized Rouhani’s remarks as a bluff, saying it was unlikely that Iran could immediately resume a nuclear program that has been under close watch by the U.N. inspections regime.

“Iran has already dismantled all functioning centrifuges and paralyzed its atomic enrichment technology. These sorts of speeches … are totally for domestic consumption.”

While it is unknown if Iran can actually return to nuclear technology so quickly, or even if the U.S. and U.N. even know about all the nuclear capable facilities, it is certain that Trump acknowledged he does not intend to honor the agreement and has sold massive amounts of weapons to Iran’s enemy, Saudi Arabia.

Indonesian Woman Lashed 100 Times for ‘Being in Presence of Man She Was Not...

Nearly A Century Ago On Christmas, Soldiers Refused Orders To Fight Each Other In...