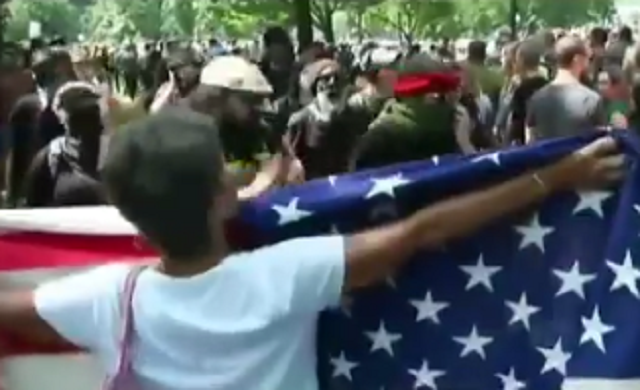 Fox News, in lockstep with their racist, lying president, is trying very hard to convince people that those marching against racism are using violence against those poor racists whose free speech is being violated because they can’t silence their opposition. Just as Trump shamelessly tried to paint the anti-racists as being equally to blame for the death of a counter-protester at the hands of a neo-Nazi, Fox News is falling right in line with his rhetoric.

On Saturday, Fox News tweeted out the following video with a caption that is clearly misleading and wildly untrue. Their viewers, however, are totally buying it.

Despite the fact that the video shows quite clearly that the woman was never hit or dragged – in fact, she attempted to chase down the man who slapped her flag away – Fox News viewers are up in arms over the video, decrying the counter-protesters as “violent thugs” while threatening violence against them in response. 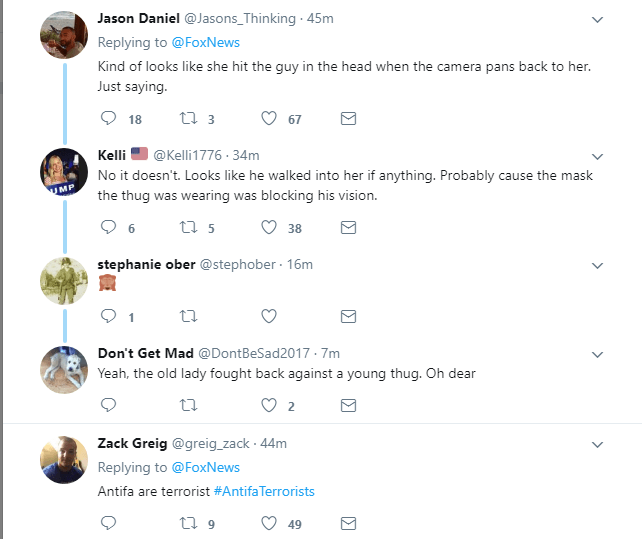 We No Longer Have Three Branches of Government – Anti Media News