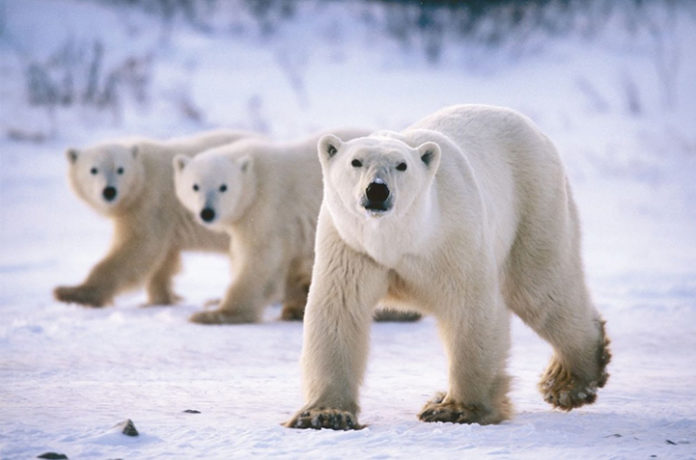 The Trump administration released an environmental review Thursday of Hilcorp Alaska’s Arctic offshore drilling development. It is very troubling and will likely lead to a major oil spill, but it looks like it will be approved anyway.

Hilcorp plans to build a 9-acre artificial island and 5.6-mile pipeline in the Beaufort Sea for its offshore drilling project. The Trump administration’s draft environmental impact statement proposes to greenlight the dangerous drilling plan, which would be a first for federal waters in the Arctic, reported EcoNews.  Previous Arctic project studies have warned that offshore drilling in those remote, treacherous waters carries a 75% chance of a major oil spill.

An InsideClimate News investigation published last week revealed that privately owned Hilcorp has a troubling track record in Alaska, with dozens of environmental and safety violations since the company began work in the state in 2012. Those violations gained a national profile earlier this year after the company said it was unable to stop a months-long natural gas leak in Alaska’s Cook Inlet as long as there was ice on the water.

“Given Hilcorp’s history of two recent major pipeline leaks in Alaska’s Cook Inlet, an oil spill in Louisiana, and a number of significant fines for violating state drilling requirements, there are many reasons to doubt the company’s ability to safely mobilize and operate in the challenging conditions of the Arctic Ocean,” said Lois Epstein, the Arctic program director for The Wilderness Society.

“Arctic offshore drilling can’t be done safely, particularly by this company. The icy, stormy waters make Arctic drilling inherently hazardous, and Hilcorp has a history of spills and regulatory violations,” said Kristen Monsell, an attorney with the Center for Biological Diversity. “Polar bears, bowhead whales and other imperiled Arctic species will be in terrible danger if the Trump administration allows this reckless project to move forward.” 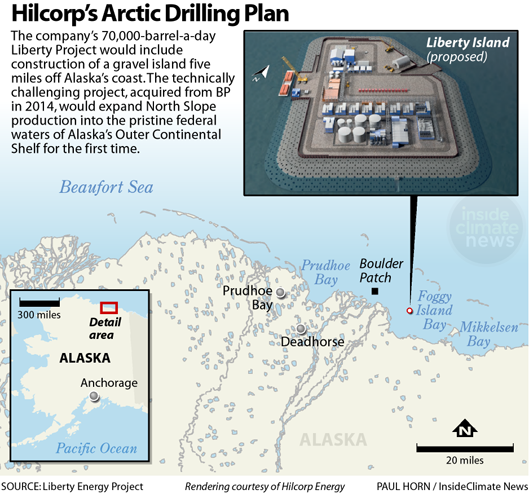 Hilcorp’s Liberty project is poised to be the first oil development project in federal Arctic waters. It was originally proposed by oil giant BP, but it is now being pursued as part of the Texas-based company’s rapid expansion of its fossil fuel holdings in Alaska, including leasing 14 new federal offshore tracts in Cook Inlet for more than $3 million this summer.

In recent years federal regulators have warned the company to improve maintenance of its gas pipelines, and Alaska’s state regulators have fined Hilcorp more than any other company and said “disregard for regulatory compliance is endemic to Hilcorp’s approach to its Alaska operations.” The Alaska Oil and Gas Conservation Commission has repeatedly cited Hilcorp for violating safety regulations for its oil and gas operations in the state.

“Nobody needs Arctic oil. Most of the world understands that, but Trump and Hilcorp just don’t get it,” Monsell said. “The Arctic has largely been off limits to dangerous oil drilling, and it has to stay that way.”