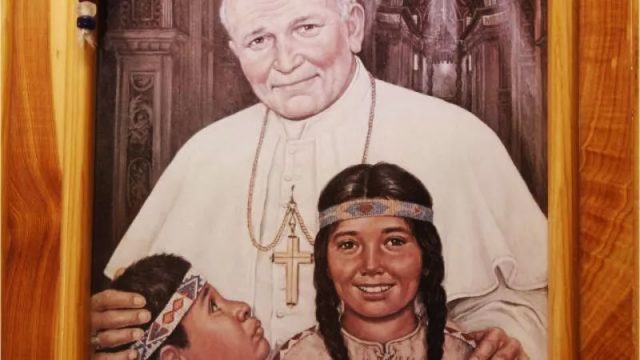 CLAIMS OF SEXUAL ABUSE BY CATHOLIC CHURCH WORKERS HAVE EMERGED FROM ALL OVER THE STATE.

For decades, even lifetimes, the Catholic Church refused to turn in priests with known pasts of sexually abusing children, women and men. The story is known in as many corners of the world as the Catholic Church exists, including Montana’s two dioceses.

Hundreds of victims have come forward with stories of abuse from Catholic clergy. Estimates of others victimized may remain faceless and unaccounted following the settlement of the lawsuit.
(Photo: Terry Long Fox/For the Tribune)

In the Pacific Northwest, however, the Catholic Church and the Jesuit Order have been accused of using Indian Reservations as their “dumping grounds” for the worst recidivist priests accused of sexually abusing children throughout the 1900s. Here, church officials reportedly determined predatory priests could remain undetected. Here, the church acted as an anchor for the communities, and the victims lived with the abuse in silence.

Attorney Vito de la Cruz said Montana reservations were no different: They were the church’s rural and remote sites for hiding predatory priests. Cruz’s Seattle law firm has represented victims from Oregon, Washington, Alaska, Idaho and Montana, and he said the systematic issue is told from church documents revealed in cases already settled, and the active one against the Great Falls-Billings Diocese.

“I think the evidence points to that,” Cruz told the Tribune. “Those who had problems in respect to abusing kids, it’s easy to hide in the reservations; people won’t complain much, it’s isolated there, and there are massively disproportionate balances of power.”

In many instances, the church has boosted conditions in reservation towns, but with the past practice of splitting Indian children from their parents to boarding schools often operated by the church, the history of Catholicism on the Montana reservations is complicated at best. Fort Belknap Tribal President Mark Azure previously knew about the abuse by priests, but was furious to learn of the church’s designs to continuously funnel bad priests to the reservation during the 1900s, a recently added layer to a complicated history.

In the Pacific Northwest, however, the Catholic Church and the Jesuit Order have been accused of using Indian Reservations as their “dumping grounds” for the worst recidivist priests accused of sexually abusing children throughout the 1900s.Wochit

“What the hell is a church if it’s going to allow this to happen?” he asked, then thought of the victims. “For me to hear it is a shock. And for their ability to keep it within themselves for as long as they have leads us to their alcoholism, whatever abuses they were — did they become abusers themselves? This could be the very reason why.”

“One of the biggest criticisms of the church has been that they would do this kind of shuffling routinely until they reached the rope’s end,” Cruz said. “It was proved definitively that the dioceses were moving these folks around with no regard to the community… Then we had the reservations where we had people who were probably not the brightest stars in the whole church structure who were sent there.”

Rev. Edmund Robinson worked primarily on reservations during his career of 37 years, 25 of which were spent in Montana, according to Catholic directory records and information collected by the Survivors Network of those Abused by Priests. Twenty-one of those years were spent on Indian reservations, primarily the Fort Belknap Indian Reservation in northcentral Montana and the Flathead Indian Reservation in northwest Montana.

During his time as a priest on Montana Indian reservations in the 1950s and ’60s, Robinson served the St. Paul Mission in Hays as the rural school’s basketball coach, algebra teacher, superintendent and, of all things, an ethics instructor. Some called him “Father Eddy,” others simply called him “Father,” but in 2012 Edmund Robinson’s full name appeared on a list of about 13 clergy accused of molesting young Indian boys and girls on the Fort Belknap reservation from 1947 to 1980.

The church is now in settlement negotiations with victims from its jurisdiction. Robinson’s story helps provide context to the history preceding that case, and illustrates the rampant abuse committed on reservations under the guise of salvation.

TO SAVE US FROM OURSELVES

Robinson was born in the Seattle area in 1924 and attended the Blessed Sacrament Grade School. According to obituaries, Robinson came from a deeply Catholic family. His brother, an attorney living in Seattle, was highly active in the church and a leader in the area’s 12-step self-help movement before he died in 2003. Robinson’s nephew also became a priest.

In his 20s, Robinson began his Jesuit studies in Oregon. He later graduated from Alma College in Los Gatos, California, where he was ordained. Robinson’s first assignment was an assistant pastor at the St. Paul Indian Mission in Hays, where he also was an assistant in the halls, classes and back rooms at the mission school. It would be the first of three stints he would live on the Fort Belknap Reservation, serving churches in Hays, Lodge Pole and Zortman. A profile published on a Jesuit website notes his love for reading was established either in the early days of his Jesuit studies or during the long, cold Montana winters.

Hays is a small town at the feet of the Little Rockies mountain range, an island of buttes dotting the vast expanse of the eastern Montana plains. Today, blighted homes line a single road winding through the town of about 840. The church, built by stone masons near the eastern edge of town about 80 years ago, is the tallest building in sight.

The St. Paul Mission School, populated by young Gros Ventre and Assiniboine children, had 53 boys and 48 girls enrolled when Robinson arrived in 1955. A victim included in the lawsuit said Robinson molested her the same year.

Three years later, Robinson was relocated to Port Townsend, Washington. He spent one year there at a training college for Jesuit priests, and returned to Hays in 1959. A now-adult man alleges in the lawsuit that Robinson raped him in the year he returned to the mission, while a Hays woman said he verbally, physically and sexually abused her in 1960. Robinson was again relocated, this time to the Flathead Indian Reservation 400 miles west in 1962. He is accused of raping a 5-year-old girl there in 1963. 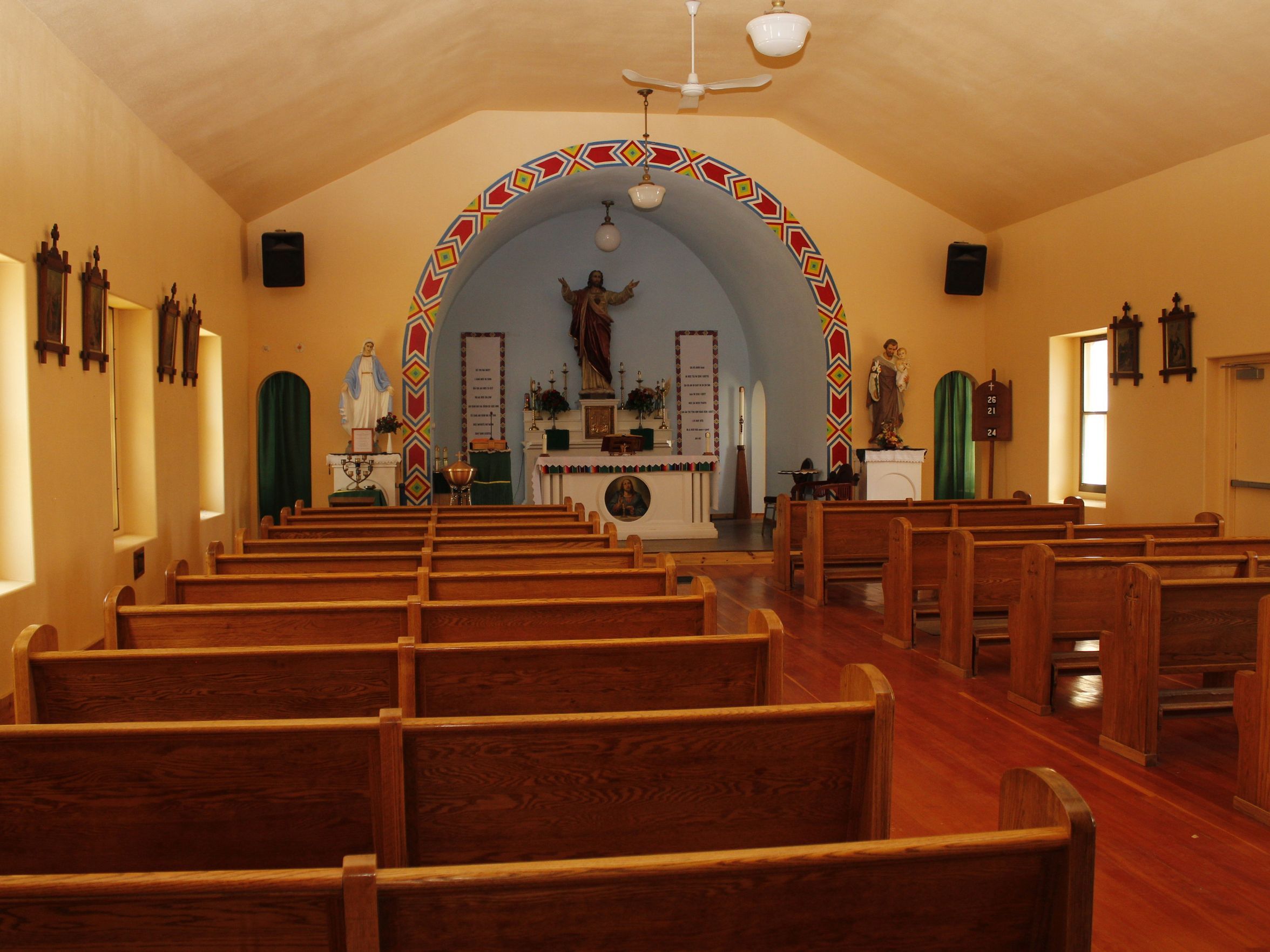