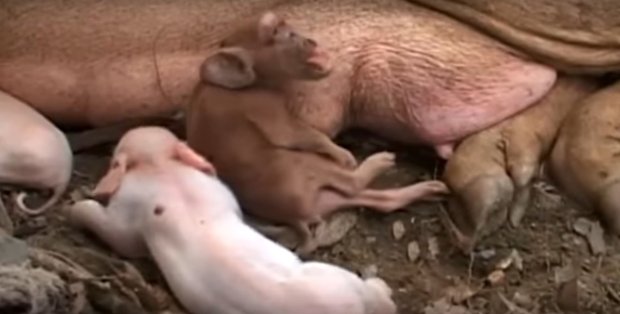 A horrified farmer could not believe his eyes when his sow gave birth to a one eyed, brown haired piglet that looks like a chimpanzee.

Its unusual appearance is believed to have been caused by a genetic mutation, possibly caused by environmental pollution.

The brown piglet has a face and ears just like a chimp while its nine pink siblings are all standard pigs.

The farmer called the vet as soon as he saw the bizarre little pig.

Villagers have been flocking to see the unusual creature which has to be held by its owners so that it can suckle at its mother’s teat.

The vet has taken blood samples to investigate how the abnormal piglet developed in the way that it has. 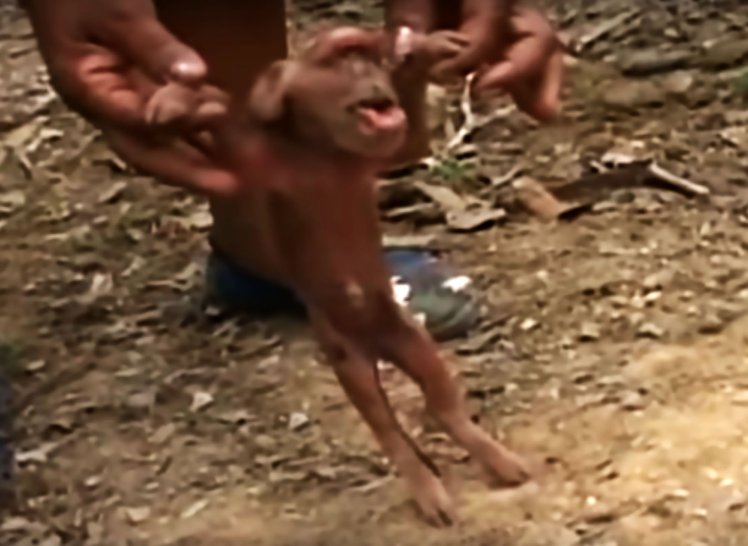 Videos and photographs are being circulated online, showing the pig’s chimp-like appearance.

San Juan y Martinez is a predominately agricultural area of Cuba known as the Mecca of Tobacco.

Iranian Women Are Neither Weak Nor Meek, And These Images Prove It – Anti...