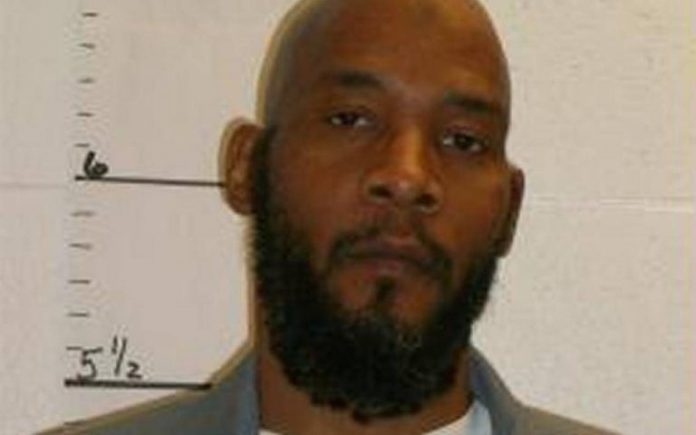 Marcellus Williams is scheduled to be executed on Tuesday despite new DNA evidence supporting his innocence.

Lawyers for Marcellus Williams, who is scheduled to die by injection at 6 p.m. Tuesday, insist the state of Missouri is about to kill an innocent man, after DNA found on the murder weapon did not match Williams, reported STLToday.

In 2001, Williams, who is now 48, was convicted of the 1998 killing of Lisha Gayle. But his lawyers say new DNA evidence could exonerate him. The Missouri Supreme Court, however, has refused to review that evidence.

“We petitioned the court to look at the new evidence on August 14th, and less than 24 hours later they decided based on the court files that the execution should go ahead anyway. This is unprecedented,” Gipson told Al Jazeera.

Williams, who has always claimed he is innocent, was sentenced to death in 2001, three years after Gayle, a former newspaper reporter, was murdered in her home in a gated community in St Louis, Missouri. He was originally due to be executed on January 28, 2015, but Missouri’s high court decided to postpone the execution to allow time for new DNA tests to be conducted.

Those tests showed that the male DNA on the murder weapon, a knife, was not Williams’ but belonged to a third, unknown person.

“There is no physical evidence, no eyewitnesses that directly connect Williams to the murder, the DNA on the weapon wasn’t his, the bloody footprint at the murder scene wasn’t from Williams’ shoe and was a different size, and the hair fibers found weren’t his,” said Gipson. “It was someone else that killed Gayle, not Williams.”

The attorneys have taken the argument to Supreme Court Justice Neil Gorsuch, circuit justice for the 8th U.S. Circuit Court of Appeals, which includes Missouri and six other Midwestern states. Gorsuch had not ruled by Monday evening.

A spokesman for Greitens said members of the governor’s staff “will not be able to comment” about the clemency request until Tuesday.

Al Jazeera reported on how he was convicted in the first place:

During Williams’ trial, the prosecution based its case on the testimonies of two people, Henry Cole and Laura Asaro. Cole had shared a cell with Williams after he had been taken into custody on suspicion of being involved in Gayle’s murder. Cole said Williams had confessed to murdering the 42-year-old woman.

The other testimony was given by Laura Asaro, a convicted drug addict, who was Williams’ short-term girlfriend at the time of the murder. She claimed, among other things, to have seen scratches on Williams neck that were made by the victim.

“These scratches would leave DNA traces on the victim, but Williams’ DNA was not found underneath the victim’s fingernails, just like it was someone else’s DNA that was found on the murder weapon,” said Gipson.

“She also claimed she saw Williams with the victim’s driver’s licence, which is impossible because Gayle’s licence was left at the crime scene.”

Gipson believes both may have been motivated to give false statements in the hope of receiving a financial reward. “The victim’s family offered a reward of $10,000 for anyone with tips leading to the arrest of the person who murdered Lisha Gayle,” Gipson explained. “They both got paid by the victim’s family after their testimonies.”

The case has attracted national attention because no forensic evidence has ever pointed to Williams, and now what has been tested points away from him.

“As a matter of fairness, what do you do when you’ve said somebody should get DNA testing, and they get the DNA testing, and the DNA testing suggests they didn’t commit the murder?” asked Robert Dunham, executive director of the Death Penalty Information Center, a nonprofit clearinghouse for studies and reports related to capital punishment. “Missouri is trying to execute him without giving him an evidentiary hearing on what that DNA evidence means.”

He said DNA exonerations in the last two decades have “shown us that all the other evidence the jury relied on in those cases was wrong. And in case after case after case, prosecutors and judges had said it doesn’t matter because there is overwhelming evidence of guilt.”

Candy-flavored meth approved by the FDA for kids even though side effects include heart...