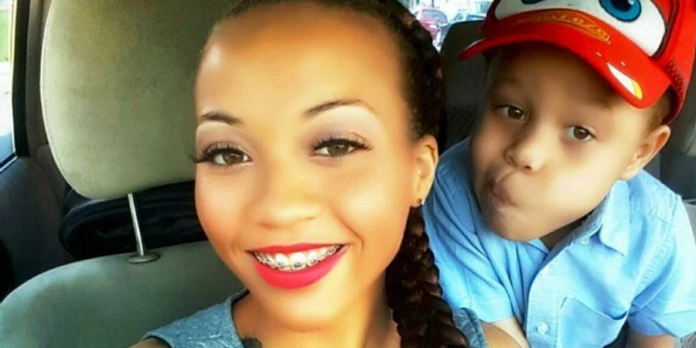 BALTIMORE (CN) — The estate of Korryn Gaines, a Maryland mother who used Facebook to broadcast some of a fatal standoff with police, plans to sue, a letter to county officials says.

Gaines’ use of Facebook to share portions of her hours-long standoff with Baltimore County police on Aug. 1, 2016, brought the incident national attention.

Roughly a month before the 23-year-old’s death at the Carriage Hill apartment complex in Randallstown, Maryland, a woman in Minnesota had used Facebook Live to stream Philando Castile’s death during a traffic stop.

While Castile’s video shows the aftermath of his shooting, Gaines’ captures the precursor. Police used a law-enforcement portal to have Gaines’ Facebook account suspended before killing her and wounding her 5-year-old with a bullet to the cheek.

The county has said the officer who killed Gaines, described only as Officer First Class Ruby, was returning Gaines’ fire.

On Monday, the Baltimore Sun reported that attorneys for the Gaines estate sent the county executive a letter informing of plans to sue.

The letter comes after Baltimore County Circuit Court Judge Nancy Purpura refused on Sept. 7 to block a warrant investigators served on Facebook for the contents of Gaines’ Facebook account.

J. Wyndal Gordon, an attorney for Gaines’ estate, had argued in a Sept. 6 motion that the warrant is not legally justified since Gaines’ death necessarily concluded any pending police matters against her.

The Baltimore Sun says Gaines’ death stemmed from attempts by police to serve warrants on Gaines stemming from a traffic stop and on her boyfriend in connection with an alleged assault on Gaines.

Gaines had reportedly failed to appear in court on charges of disorderly conduct, resisting arrest and littering from the traffic incident.

Back in March when police had pulled her over, according to the Sun’s reporting, Gaines was driving a vehicle with cardboard plate that read “Any government official, who compromises this pursuit of happiness and right to travel, will be held criminally responsible and fined, as this is a natural right and freedom.”

During the traffic stop, an officer allegedly threatened to use a stun gun on Gaines.

Later, Gaines posted videos to Instagram and described the incident and subsequent arrest, stating that the arresting officers threatened to break her limbs and that she spent two days in isolation.
The Sun also reported Gaines had been the plaintiff in a 2012 lead paint lawsuit that may have contributed to Gaines’ aggressive behavior. Her attorneys argued Gaines’ elevated lead levels led to neurological impairments and a loss of significant IQ points.

Garment Workers Who Work For Ivanka Trump Can’t Afford to Live With Their Children...