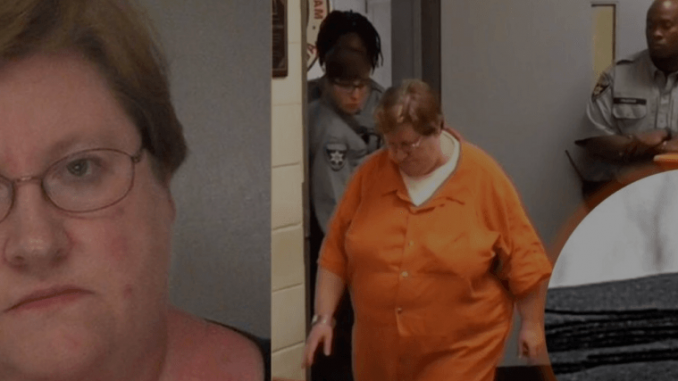 Georgia police arrested a known racist woman known for shooting an unarmed black teenager in the head after he passed by her house. Now there is debate over whether or not her insurance company should pay the claim filed by the boy’s family.

47-year-old Elisabeth Cannon fired shots at 15-year-old Vernon Marcus Jr. as he walked past her home in Macon with friends on Jan. 16.

She was denied bond in April and is being held at the Bibb County jail, reported The Telegraph.

Authorities have said Marcus was shot in the back of the head about 30 feet from Cannon’s driveway, 150 feet from her house.

In a 911 call, Cannon claimed that “kids were throwing rocks at her home” and that she acted in self-defense. In a TV interview, she explained, “I’m not an evil person or a bad person”.

In Cannon’s view, “bad blacks” were a growing problem and were responsible for “99.9 percent of the crime”. Cannon also said that even if a black male was simply walking by her home, she “could tell if they’re just out walking for exercise or going to the store or whether they’re up to something”.

According to Cannon, the black teens were throwing rocks at her home in retaliation for her calling the police on them over a past disturbance. That is why she felt justified in shooting the boy in the head.

Bridget Marcus, the mother of 15-year-old Vernon Marcus Jr., spoke during an April bond hearing for Cannon. She said her son was shot in the head and is unable to speak. He is paralyzed on his right side.

Marcus and his mother have filed a claim for damages stemming from his injuries, according to a complaint for declaratory judgment filed by Country Mutual Insurance Co.

“The insurer has asked a Bibb County Superior Court judge to declare that it has no coverage obligations for claims alleged by Marcus and his mother against Cannon. Country Mutual also is seeking a judgment declaring that the company has no duty to defend Cannon if the Marcus family files a lawsuit against her,” reported The Telegraph.

“Country Mutual is in a position of uncertainty and insecurity with respect to its rights, status and other legal relations” with Cannon and the Marcus family, according to the complaint.

You Voted For A Reality TV Star – Anti Media News