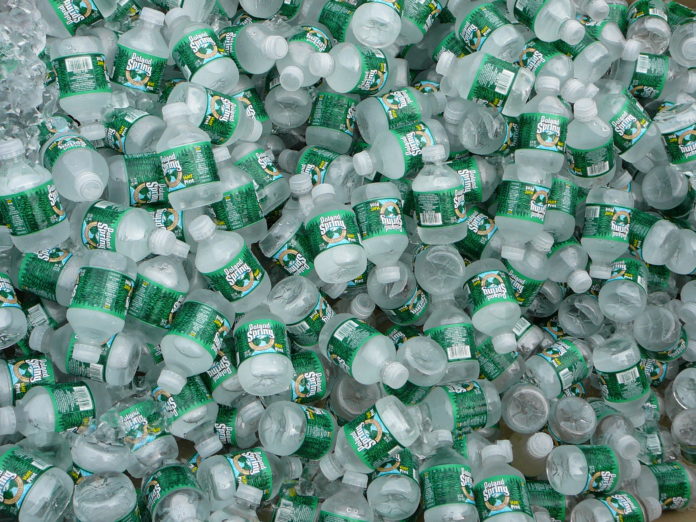 Nestlé, the company notorious across North America for questionable business ethics, has come under fire yet again over bottled water — this time, as the subject of a class action lawsuit stating the mineral water its Poland Spring brand claims on the packaging is, in fact, just groundwater.

“The civil suit was brought by 11 people from the Northeast who collectively spent thousands of dollars on Poland Spring brand water in recent years. It is seeking millions of dollars in damages for a nationwide class and appears to hinge on whether the sources of Poland Spring water meet the Food and Drug Administration’s definition of a spring.”

That definition, while seemingly simple from a consumer’s perspective, meticulously describes what qualifies water sources to be sold, for example, as officially “spring water,” among other common terms.

Incidentally, this isn’t Nestlé’s premier as the target of a lawsuit claiming the company broadly duped consumers through mislabeling groundwater as somehow ‘purer’ or more ‘healthful’ — former United States Forest Service officials blew the whistle on operations inside the San Bernardino National Forest under its Arrowhead brand. Under a permit long expired in 1988 — and for just $524 in annual fees — Nestlé draws millions of gallons for billions in profit under the pretense Arrowhead Spring water is drawn from a spring. Two whistleblowers contend that, since the infrastructure pipes water from inside a mountain — rather than from the emergent water, as the FDA proscribes — Nestlé has grossly deceived the public into purchasing groundwater.

That Nestlé stands accused of similar indiscretion in Maine — a state the company has aggressively campaigned for a vast expansion of Poland Spring operations — thus, hardly seems shocking; except, perhaps, for a rather nauseating aspect of this lawsuit.

“For instance, the suit claims that the company’s wells in Poland, Maine, have never been scientifically proven to be connected to a spring and draw in surface water, which cannot legally be called spring water. It further alleges that the company has put water from some of these wells through a purification process that disqualifies it as spring water under federal regulations.

Nestlé proffered a sterile if obligatory rebuke of the allegations, as a company spokesperson cited by the outlet asserted,

“The claims made in the lawsuit are without merit. Poland Spring is 100 [percent] spring water.”

Perhaps demonstrating a tactic employed nationwide, suing parties say the Swiss food and beverage behemoth spent years cozily integrating its officials into positions crippling to neutrality and efficacy, having managed a governor-appointed executive to the board of Maine’s drinking water regulation enforcement agency — every year since 2003. In licensing agreements, Nestlé bolsters the state’s coffers handily — and has since 1998 — suggesting state officials would have no motivation to fully investigate whether or not Poland Spring qualifies as spring water, at all, the lawsuit argues.

Where ordinary bottled water would sell for far less, that labeled spring water can be considered premium in pricing — a falsely labeled product would unjustly pilfer customers.

“To consumers, ‘spring water’ from a naturally occurring spring signifies purity and high quality and commands a premium price compared to Defendant’s non-spring drinking water products or filtered tap water,” the lawsuit states. “To illicitly capture that premium, Defendant, since it began selling the Poland Spring brand in 1993, has bottled common groundwater and illegally mislabeled it as ‘100% Natural Spring Water.’”

Across the United States and elsewhere, environmentally-conscientious residents and irate bottled water consumers have thrown up brick wall obstacles to Nestlé — a company widely reviled for similar abhorrent practices the world over.

If, as this latest litigation suggests, and, “not one drop” of Poland Spring water comes from an actual spring, the company might need to reevaluate consumer and public relations — as it seems the people won’t be trampled upon for Nestlé’s profits much longer.

Nevada Jailers Beat Man to Death as he Cries for Help and they say,...

Man Arrested in Charlottesville For Running Down Protesters In Vehicle Rampage