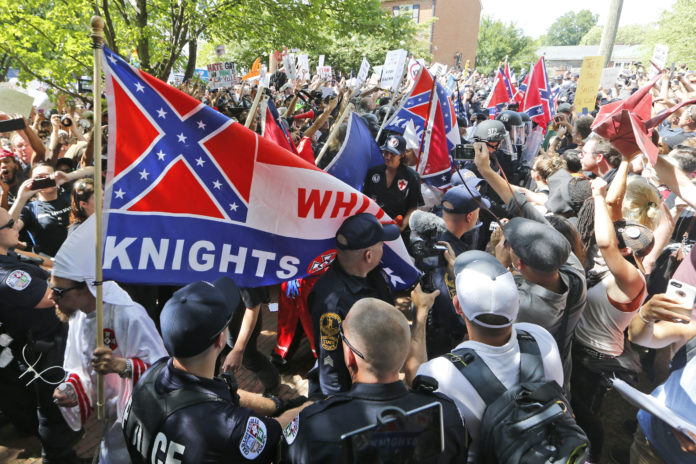 In the aftermath of the Charlottesville, Va., protests, a United Nations committee has issued a formal warning against the U.S. and President Donald Trump over the recent rise in racial and ethnic violence across the country.

The Committee on the Elimination of Racial Discrimination issued an “early warning” on Wednesday, Aug. 23, the first step in its line of procedures to prevent existing situations from escalating into conflict and to respond to matters that require immediate attention.

In a statement, the committee blasted the U.S. for its “failure at the highest political level to unequivocally reject and condemn racist hate speech and crimes.” While it does not say so directly, the statement seemingly referred to Trump’s lukewarm response to the violent unrest between white nationalist protesters and counter-protesters in Charlottesville earlier this month.

The president drew backlash after stating there was violence and bigotry “on many sides,”essentially placing equal blame on the counter-protesters and the white nationalists. One woman, 32-year-old Heather Heyer, died after a vehicle driven by a Neo-Nazi sympathizer plowed into a crowd of counter protesters.

“We call on the U.S. government to investigate thoroughly the phenomenon of racial discrimination targeting, in particular, people of African descent, ethnic or ethno-religious minorities and migrants,” Crickley added.

Acting under its early warning measure, the UN committee also called on U.S. leaders to ensure the rights to free speech and peaceful assembly aren’t “exercised with the aim of destroying or denying the rights and freedoms of others.” However, the U.S. must guarantee these rights aren’t misused to promote racist hate speech and hate crimes.

This isn’t the first time CERD has officially warned the U.S. about racial and ethnic violence.

Quartz reported that in 2006, the committee addressed the issue of U.S. land conflicts with the Western Shoshone Native Americans.

Monsanto Is Scrambling To Bury This Breaking Story – Don’t Let This Go Unshared!...

DAPL Oil Set to Begin Flowing Within Days After Judge Rules Against Tribe –...