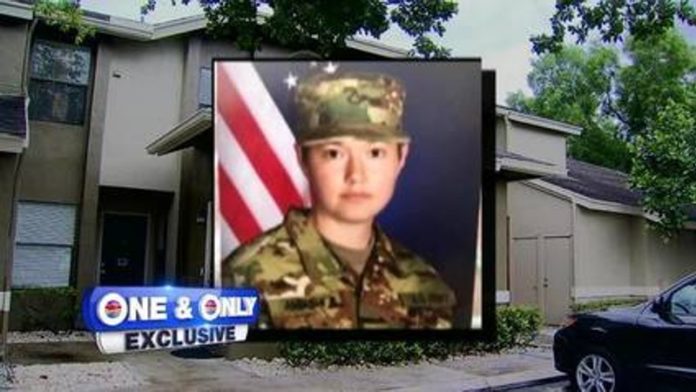 A SWAT team was sent to the home of Kristen Ambury to help her after she threatened suicide Aug. 25. What actually happened is they made a bad situation far worse when they broke into her apartment and shot her dead.

Ambury was reportedly armed and home alone as she barricaded herself for over 3 hours in her apartment in Sunrise, Florida, according to the Sun Sentinel.

Relatives said she seemed to be under the influence of alcohol and struggled with mental illness.

Ambury was a 28-year-old U.S. Army explosive ordnance specialist and emergency medical technician. She worked for the American Heart Association prior to being killed by police.

Veda Coleman-Wright, a Broward Sheriff’s Office spokeswoman, told Local 10 that officers attempted to negotiate with Ambury before they broke into her home. When negotiations failed, a SWAT team was called in.

Neighbors said they heard 5 to 6 shots. Ambury was home alone until the kill squad broke into the apartment.

She was pronounced dead at the scene.

Keeping pace with the last 2 years, 648 people have been shot and killed by police so far this year according to The Washington Post. 152 of those people were mentally ill.

Epileptic Woman Writes ‘God Help Me’ In Her Own Blood As She’s Gang Raped...