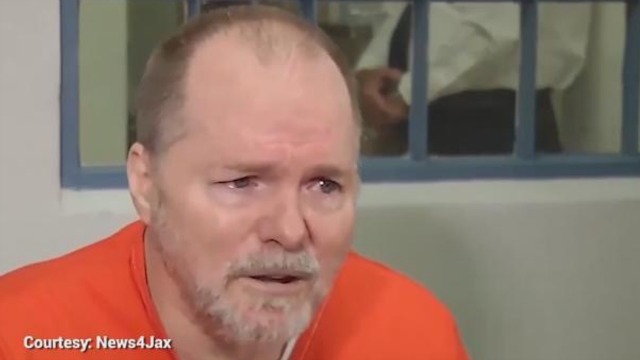 Florida is a state which has long been a staunch advocate for capital punishment. One would think that a state with the second most death row inmates at 383- certainly one white person in Florida’s correctional history has been sent to death for taking the life of a black person. Well, if you thought this, you thought wrong.

Florida along with historically being for capital punishment is also known for its huge problem of racial disparity of who gets sentenced to death row and African Americans have always been grossly over represented.

African Americans make up only 17% of Floridians but 39% of its inmates on death row. Most surprisingly, however, in Florida’s history of capital punishment, no white inmate has ever been executed for killing a black person, until last week.

On Thursday, Florida had a first. For the first time in the history of the state they executed a white man for the murder of a black man. In contrast, a minimum of 18 black menhave been executed for killing white men in the last forty years.

Mark Asay was executed by lethal injection for two racially motivated, premeditated murders that were committed on the same day in 1987. He was convicted by a jury in 1988.

One victim, Robert Lee Booker, was killed when Asay shot him while yelling racial slurs at him. The second victim was 26-year-old Roger McDowell, a white-Hispanic, who was presenting himself as a woman at the time of his murder.

According to prosecutors, Asay had hired McDowell for oral sex only to shoot him six times when he discovered his gender. They also said that Asay has white supremacist tattoos on his body.

Court documents state that Asay told a friend that McDowell had previously cheated him out of money during a drug deal.

Adora Obi Nweze, who is president of the Florida State Conference NAACP says that the case shows how black inmates are punished at a higher rate than whites.

“It does make the case even stronger that there’s this disparity gap that exists between black and white ― who gets the death penalty and who gets exonerated,” she said.

This execution also marked other firsts for Florida. It was the first execution in over 18 months since the Supreme Court ruled that Florida’s sentencing process was unconstitutional because it gave judges, not juries, all the power in deciding whether an inmate would get executed.

Florida has now passed a law that requires a unanimous jury recommendation for the death penalty.

Russia Is Deceiving US Far-Right And It’s ‘Definitely Part Of Something Bigger’ – Anti...

24 Years Ago Today, US Govt Used Chemical Weapons On Its Own People, Killing...