Home News White Guy Lies About Black Anti-Fascist Stabbing Him Because of His Nazi... 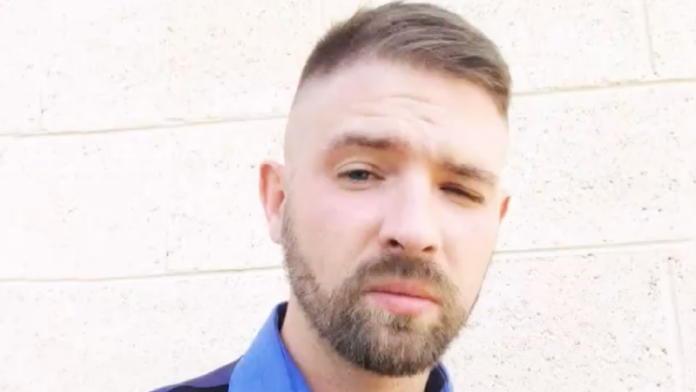 Do you remember a story from a couple of weeks ago about a man who was stabbed by an unknown black guy?

Remember how it was all over Fox News, Inside Edition and the Alex Jones showas proof that savage, black “anti-Fascists” were violently attacking innocent white people all willy-nilly across America?

Well, it turns out the whole thing was a big, fat white lie.

On Aug. 16, according to BuzzFeed, Joshua Witt went on Facebook and posted photos from an alleged brutal stabbing incident in the parking lot of a Steak and Shake in Sheridan, Colo. He claimed that a random black dude had walked up to him, asked if he was a neo-Nazi, and then stabbed him. Witt said he was stabbed because of his haircut—the “high and tight”—also known as the Fashy (short for fascist). The haircut has become popular among white nationalists like Richard Spencer and Eric Trump.

Actually, the only part of Witt’s story that ended up being true was that he was stabbed. After a second interview, Witt eventually admitted that he had stabbed himself and made up the story.

Sheridan police, in a statement to BuzzFeed, said: “[When] he was confronted with […] all the information listed above[,] Mr. Witt subsequently admitted to accidentally cutting himself with the knife while parked in his car in front of the sporting goods store and admitted making up the story about being attacked.”

Police charged Witt with “falsely reporting to authorities,” and released him.

Although the story might seem funny, imagine if police had happened to spot someone in the parking lot who fit the description of Witt’s imaginary attacker. Suppose the cops had opened fire on a black man now suspected of wrongdoing because they thought he was armed and dangerous?

Although it may seem unlikely that police would open fire on an innocent person without asking questions first, that’s exactly what happened when someone reported an active shooter walking around a Beavercreek, Ohio, Walmart “waving a rifle” and “pointing it at people.” Police burst into the store and killed John Crawford, who was carrying a BB gun he planned to purchase.

It is exactly what happened when Los Angeles police were searching for a carjacker and killed 27-year-old Donnell Thompson.

While Witt didn’t reveal his motivation for making up the story, I have talked with multiple experts in self-mutilation and false crime-reporting who all confirmed that if they had that haircut, they might stab themselves too.

Watch the Inside Edition story below: