Home News More Than 500 Complaints of Price Gouging After Hurricane Harvey: Up To... 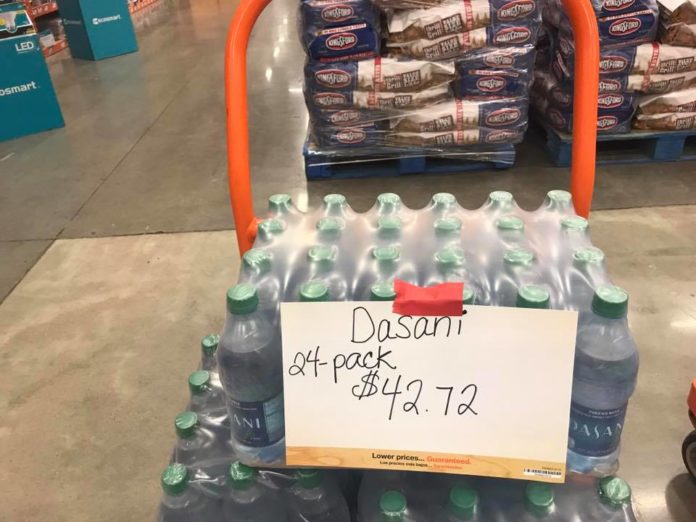 Instead of helping people in need, many Texas businesses and selfish people have decided to take advantage of refugees who just lost almost everything they had.

That includes reports of up to $99 for a case of water, hotels that are tripling or quadrupling their prices and fuel going from $4 to $10 a gallon, he said.

“These are things you can’t do in Texas,” Paxton said. “There are significant penalties if you price gouge in a crisis like this.”

Paxton said the big retailers are in the process of re-establishing supply chains as quickly as they can, so there should not be a goods shortage.

“I don’t think as large as our country is, as large as Texas is, that supply is ultimately going to be that big of an issue.”

According to CNBC, “Hurricane Harvey was the most powerful hurricane to strike Texas in more than 50 years when it came ashore on Friday near Corpus Christi. Now a tropical storm, Harvey is expected to remain over the state’s Gulf Coast for the next few days, dropping a year’s worth of rain in about a week, with threats of flooding extending into neighboring Louisiana.”

The historic flooding in Houston will likely worsen as federal engineers release water from overflowing reservoirs to keep it from jumping dams and surging uncontrollably into the homes they protect, officials said.

“Texans know right from wrong. This is an easy one: don’t take advantage of people who are vulnerable because they’re running away from a flood or affected by a hurricane,” Deputy Attorney General Jim Davis told KXAN.

Cops At Standing Rock Are Threatening A New Crackdown On Protests—And Asking For Trump’s...