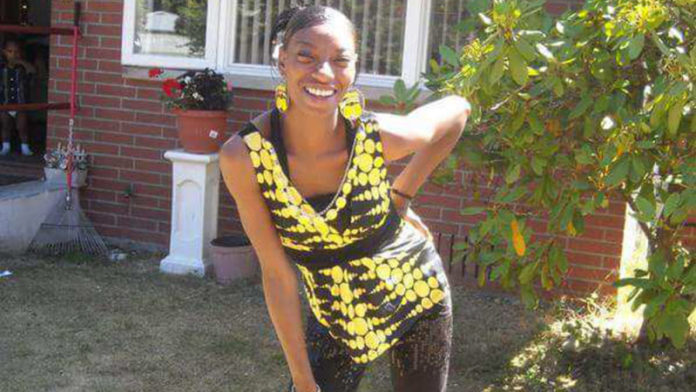 Recently, Damon Young of VSB wrote a tongue-in-cheek piece about why black folk should never, ever, ever, ever, ever call the police. And though—as black folk are wont to do—Young used humor to explicate a tragic reality, it is cases like Charleena Lyles that make the case.

Lyles was a 30-year-old black woman and mother of four who lived in Seattle, with a documented history of mental health issues. On June 18, she called police to report a burglary of some gaming consoles. When officers arrived, Lyles allegedly threatened the police with kitchen knives and both opened fire, killing her. Three of her four children were in the home.

A recently released autopsy shows that police hit Lyles seven times, and that she was 14 to 15 weeks pregnant when she died.

The Seattle Times reports that the autopsy, released publicly by Lyles’ father, Charles Lyles, shows three of the gunshots fired by officers Jason Anderson and Steven McNew hit Lyles in the front of the torso and chest, three struck her in the back of her arm and one grazed the side of her ribs.

Also, that several of the shots cut through her uterus and the fetus.

“I thought I was at the low point of being sad, but the sadness just got worse,” Charles Lyles stated via his attorney, Karen Koehler. “I lost my daughter and my next grandson. I just don’t have the words.”

As previously reported by The Root, audio from that night show that police were aware of Lyles’ mental health issues as well as the fact that she had children in the home.

The Times reports that in the 18 months before her death, 38 Seattle officers responded to 23 calls for help involving Lyles, many of which involved an abusive ex-boyfriend.

In addition to the autopsy, Charles Lyles also released a toxicology report which showed that Charleena had no alcohol or drugs in her system at the time of her death.

“If you have been reading the dialogue you might have assumed she was a poor, single black woman with multiple children who must have been on drugs, and that is a false assumption and a false narrative,” said Koehler.

Koehler added, “The police narrative is that she had a knife and they were justified in shooting her dead. They don’t want to talk about the fact that they knew she had recent mental-health issues but chose to go in without any game plan.”

Burger Joint Blasts ‘F**K The Police’ On Repeat As Officers Dine Inside – Anti...