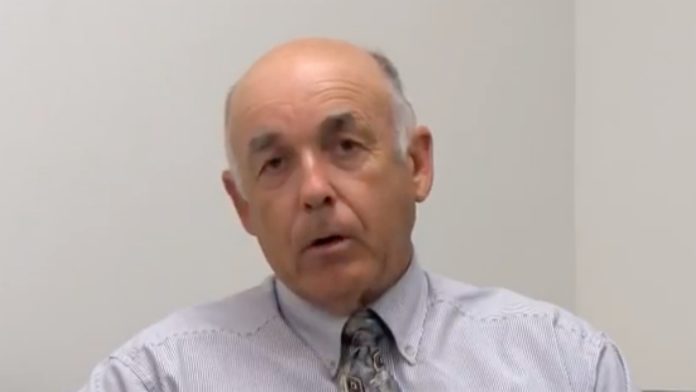 State Rep. Warren Love believes that inanimate objects are worth more than the life of a human being. The Missouri state representative is under fire after commenting that whoever was responsible for vandalizing a Confederate monument should be lynched, critics are now demanding his resignation in the aftermath of the inflammatory statement.

State Rep. Warren Love made the comment on a link to an article called “Vandal throws paint on Confederate statue,” according to the St. Louis Post-Dispatch.

“This is totally against the law,” Love wrote. “I hope they are found & hung from a tall tree with a long rope.”

Now, people are pushing back against Love, including the chairman of the Missouri Democratic Party, who has called for Love’s resignation.

“This is a call for lynching by a sitting State Representative,” Stephen Webber tweeted. “Calls for politcal violence are unacceptable. He needs to resign.”

However, Love said that he wasn’t calling for a lynching but just using a “Western” and “cowboy” phrase.

“That was an exaggerated statement that, you know, a lot of times is used in the western world when somebody does a crime or commits theft,” he said. “That’s just a western term and I’m very much a western man. … You know, I wear a coat. You know, I dress western. And, you know, I’m the cowboy of the Capitol.”

“House Minority Leader Gail McCann Beatty of Kansas City said that while vandalism is a crime, “its punishment is not extra-judicial murder.”

“In calling for the lynching of those who vandalized a Confederate statute in Springfield, state Rep. Warren Love invoked a form of political violence used throughout the South to keep African-Americans subjugated for generations following the fall of the Confederacy, and for that he must resign,” she added.”

Unapologetically, he uses his self-proclaimed title of “cowboy” to excuse his comments. What he fails to recognize that as a lawmaker his words hold weight, and those with radical views will see their sentiments legitimized in Love’s statement and places individuals in harm’s way.

He said that he made the comments because he felt it was “disturbing” to see “that somebody would be a low-life enough to” commit that act of vandalism.

What do you think should happen to those who vandalize Confederate monuments? Is desecrating an inanimate object worthy of capital punishment, or even vigilante justice? What do you make of Love’s statements- should he resign, or was it simply taken out of context? Let us know your thoughts on the matter in the comment section below.

Trump Supporters Furious The Border Wall Will Put Their Houses On The Mexico Side...