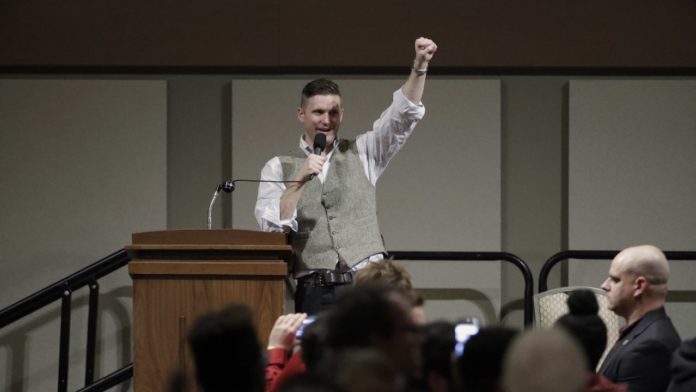 Richard Spencer’s speaking tour organizer has filed a lawsuit against Michigan State University, claiming that the university violated Spencer’s First Amendment rights after the University refused to allow the white supremacist to bring his violent hate speech to their campus.

The suit was filed in federal court by attorney Kyle Bristow, who was an MSU alum and the president of the school’s chapter of the conservative Young Americans for Freedom while he was a student, reported Detroit Free Press.

Bristow filed the lawsuit on behalf of Georgia State University student Cameron Padgett, who claims that when he tried to rent a conference room at the Kellogg Hotel & Conference Center on campus for the speech, his request was denied.

Padgett is seeking a jury trial and damages from MSU.

Back in August, MSU announced the denial of a request by white supremacists for a place to spread their violence, citing public-safety concerns.

“After consultation with law-enforcement officials, Michigan State University has decided to deny the National Policy Institute’s request to rent space on campus to accommodate a speaker,” the university said in a statement shortly after the white supremacist led violence in Charlottesville. “This decision was made due to significant concerns about public safety in the wake of the tragic violence in Charlottesville last weekend.”

Pipeline Spewing 310K Cubic Feet Of Gas A Day Into Ocean & Govt’s Been...