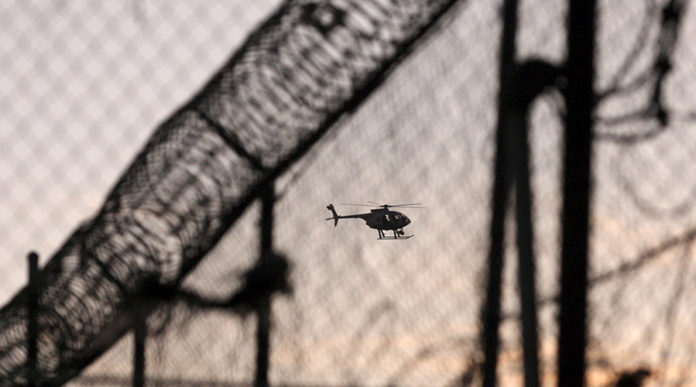 Kansas inmates had a violent uprising late Tuesday that took extra guards from other prisons and law enforcement to get under control.

“Inmates smashed windows throughout the Norton Correctional Facility. They took over staff offices and destroyed computers. They broke into the prison’s clinic and stole syringes. And some were wielding homemade weapons when correctional officers from three other prisons arrived at Norton to help restore order,” reported The Kansas City Star.

The Kansas Department of Corrections simply called it an “inmate disturbance,” but a correctional officer involved said it was a “full-blown riot” involving over 400 inmates in the prison in northwestern Kansas that has about 850 people packed into it.

“When a little disturbance is when the inmates take over the facility, I don’t know what a riot is,” said the correctional officer, who spoke with The Star on condition of anonymity. “Basically, they tried to burn the place down.”

Another correctional officer involved in the incident agreed about the details and said the state agency is trying to downplay its magnitude.

“They just demolished that place,” he said “That place looked like a Third World country. They’re (Department of Corrections) candy-coating that stuff.”

Samir Arif, spokesman for the Kansas Department of Corrections, confirmed that multiple fires were set inside the facility and said the agency was still assessing the damage. He also verified the broken windows and other details’ of the officers’ accounts, but chose  not to give the number of inmates involved in the uprising.

A third correctional officer, who works in Norton, said the facility has faced increased tension in recent weeks as inmates from other facilities have been transferred into Norton as the Corrections Department pursues plans to renovate its prison in Lansing.

“These guys are fighting over toilets,” the officer said. “It was making for high tension from the overcrowding.”

Rick Gadbury of Topeka, a friend of an inmate in the facility, also said conditions have deteriorated since the recent transfers.

“Conditions out there are deplorable,” Gadbury said. “No adequate showers, toilets or room for that many people.”

During the uprising, 4 fires were started — 3 in inmate wings and 1 in a captain’s area where computers are for inmates’ use, according to a Norton officer.

State troopers, local police and correctional officers from three prisons in central and western Kansas were called to Norton to help get the inmates back under control, while the local fire department dealt with the fires. 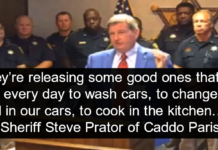 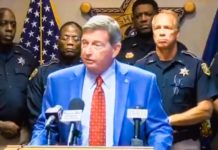 WATCH: Louisiana Sheriff Furious ‘Good’ Prisoners Are Being Released Because They ‘wash and change the oil in our cars’

Columbus Cop Caught On Bodycam: ‘Why didn’t we just choke the f**king life out...

Restaurant Made 1,000 Meals For Hurricane Victims, Hasn’t Been Covered By Media. Let’s Thank...

NC Deputy Fatally Shot Innocent Man Through A Window While At Home With His...