Home News Did You Know: 237 Black Sharecroppers Were Murdered In Arkansas but Why? 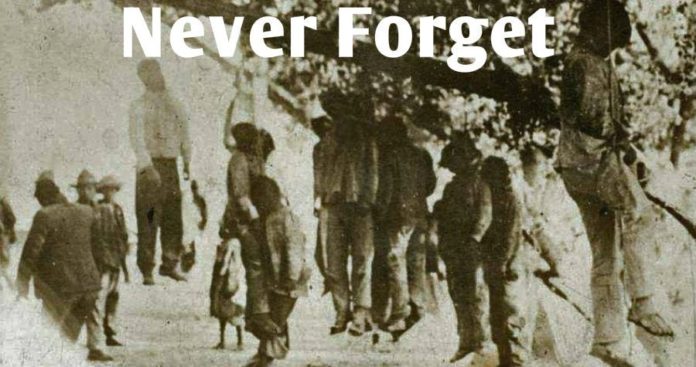 When the African American sharecroppers attempted to form a union, simply asking for fair compensation for their labor unspeakable violence ensued when savages pillaged a community of hard working men. Asking for fair treatment, fair compensation triggered white vigilantism which left 237 Black sharecroppers dead.
In 1918, Attorney Ulysses S. Bratton of Little Rock, Arkansas was moved when Black sharecroppers shared stories of debt, exploitation, and theft. Two farmers narrated how plantation managers and landlords confiscate their entire crop, possession, as well as not giving them an itemized record of their harvest. After the meeting took off within a year, no one knew that the said meeting with Attorney Bratton would turn out to be one of the worst incidents of racial violence in the United States of America. According to a report from Equal Justice Initiative, 237 Black American people were dead in a massacre started by white people in the Southern Delta Region. This massacre was lead by a police officer. The local sheriff, Frank Kitchens, gathered a white mob, terrorists, for what was referred to as a peaceful technique to reign terror upon the black sharecroppers.  After almost a hundred years, the said event is still considered as one of the most violent years in the US history.

Know your history, this is American history not black history. The history of this country is brutal and unsavory. We know must our history to ensure it doesn’t repeat itself.

Anyone Who Remembers George Michael Only For His Music Is Missing The REAL Importance...