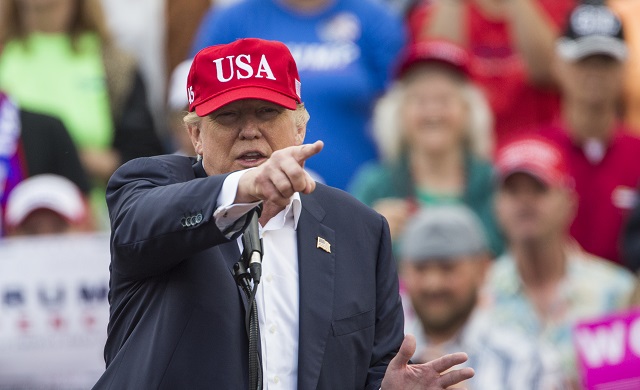 As Trump regularly tweets his consistent updates on Twitter regarding Hurricane Irma, shelters across the south have filled up and are exceeding capacity. With nowhere to go, South Floridians are beginning to turn towards the president to demand he does just a bit more than tweet an update here or there.

The Independent reported South Floridians are calling on Trump to open up his Mar-a-Lago resort in Palm Beach, Florida to those in need of shelter.

‘In some locations, people are arriving at the doors only to be told that there is no room for them there. Frustrated with what has been seen as a lack of communication from local officials – and, in some cases, conflicting messages about where to go – some are asking a simple question: Why hasn’t Donald Trump said he will use his Mar-a-Lago resort as a place of refuge for desperate Americans?’

One Floridian had some harsh words for Trump saying he was either helping or he wasn’t.

‘He should be doing anything to help the public. When people need help, you either help or you turn your head. I think Trump is turning his head.’

As the storm crawls across Florida, more and more will face losing their homes and need refuge. Mar-a-Lago would be more than capable of housing SEVERAL of those in need. However, the president, so far, still has remained silent on the issue.