Home News ‘I’m Going to Strip You Naked and Whip You Like the Slave... 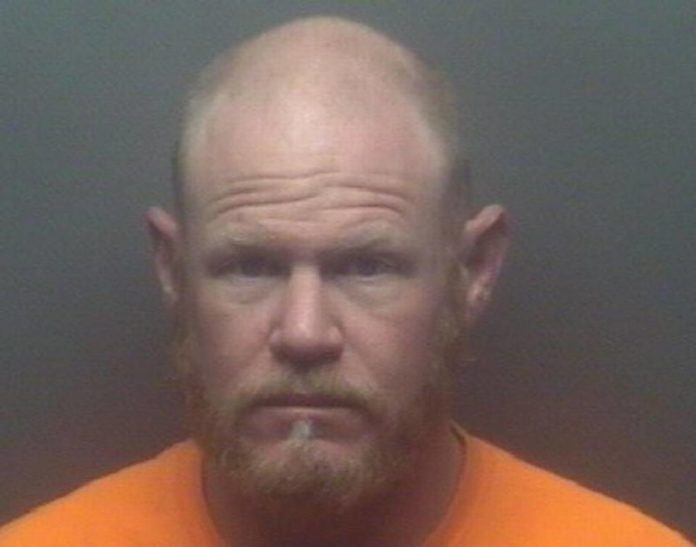 An innocent black man was shot in the face and killed on Labor Day after attempting to keep an angry, racist white man from entering his home and confronting his roommate, according to reports from local law enforcement in Fort Worth, Texas.

Sammie Jones, 28, answered a knock on his door to find 38-year-old Kevin Ashley Parnell standing there angry and looking for Jones’ roommate, Jordan Briggs, the Fort Worth Star-Telegram reports.

An arrest warrant affidavit says that Parnell, who is white, was angry that his stepdaughter had been arrested for prostitution, and he blamed Briggs for it, but police say that Briggs denies having anything to do with the stepdaughter’s arrest.

According to the Star-Telegram, Parnell allegedly sent several racist messages to Briggs via Facebook, calling him the n-word, threatening to hang him and saying, “I’m going to strip you naked and whip you like the slave you are.”

Briggs told police that a couple of hours later, Parnell showed up in a white pickup truck at the home that Briggs shared with Jones and began banging on the door.

Briggs told the Star-Telegram that he warned his roommate not to answer the door, then went to the back of the house and hid himself.

Briggs said he then heard Parnell ask for him, and Jones telling Parnell that Briggs was not there. It was then that Parnell went on a racist tirade against blacks.

Jones reportedly apologized and attempted to calm Parnell down. Briggs told investigators that Parnell then said, “You know what kind of gun this is, boy? It is a Glock 40.”

This was followed by the sound of a gunshot that both Briggs and a neighbor reported hearing. The neighbor also reported seeing a white man with a gun walking to a pickup truck and speeding off.

Jones was pronounced dead at the scene.

An arrest warrant for Parnell was issued that same night, and he was arrested Tuesday while working at a contract job at the General Motors plant in Arlington, Texas.

Kevin Rousseau of the Tarrant County, Texas, District Attorney’s Office told the Star-Telegram that it is unknown whether the case will be tried as a hate crime.

“We’re going to have to review the case more thoroughly before we make a determination,” Rousseau said.

While Texas law provides that the punishment for certain crimes can be enhanced if a judge or jury concludes that it was a hate crime, first-degree felonies, such as murder, don’t have enhancements because those crimes already carry a penalty of five to 99 years in prison.

Cops Say Suing Them for Killing Man with Down Syndrome Over a Movie Ticket...