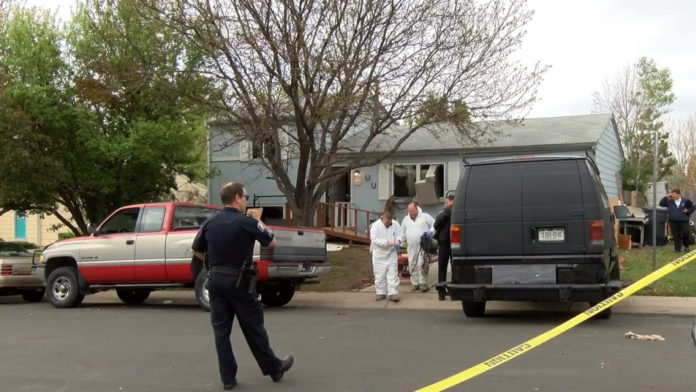 The district attorney decided officers will not face any charges from the May 9 incident. Two officers who entered a suspect’s home said the suspect fired a handgun, so those officers, and 2 others, fired a total of 63 shots. Hitting the suspect 41 times, and killing him.

The four officers involved in the  death of Joseph David Jaster, 40, will not face criminal charges, according to a letter from Dave Young, District Attorney for Adams and Broomfield counties, to Tim Carlson, Westminster police chief, reported The Denver Post.

The post reported on the details leading up to the killing according to the police officers’ stories:

Jaster, wanted as a suspect in a motorcycle theft, was pursued by an officer to a home in the 1300 block of West 135th Avenue.

Galbraith and Catalano both saw the muzzle flash of Jaster’s gun, according to the Young’s letter. They fired, as did Poppenger and Smith.

When the shooting started, Sgt. Brian Hemplemann, a police dog handler, was inside the home. A bullet came through the floor, hitting Hemplemann in the arm. He fell to the floor.

Smith, who was also inside the home, then fired his rifle through the floor into the crawl space where he believed Jaster was located. Hemplemann was treated at a hospital and released.

The decision letter states the standard police reason for shooting, they feared for their lives and the lives of others.

“At the time of the shooting, all of the law enforcement officers were engaged in the course of their duties to arrest a suspect in possession of a stolen motorcycle,” the letter said.

The DA’s office would not be able to prove beyond a reasonable doubt that the officers committed a crime, Young’s letter said.

While in the crawlspace, the suspect reportedly said, “I am not dying today,” or “I am dying today,” just before gun shots rang out.