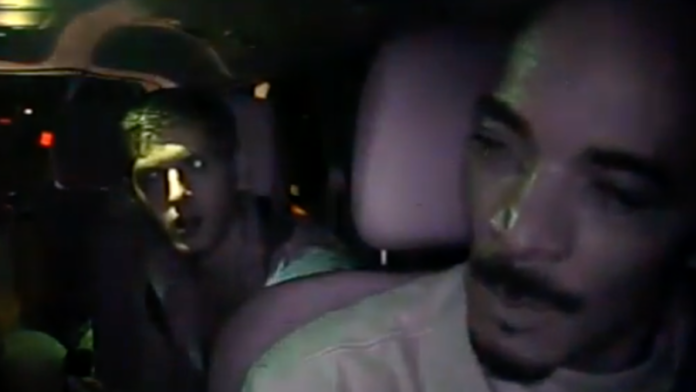 This group of not racist people started by entering the car with one of them saying ‘white privilege’ several times for no apparent reason, other tan maybe trying to antagonize the driver.

His face clearly shows he is not happy with the group, but the Uber driver remains calm, even though the people clearly look down upon him as inferior because of his race.

The driver tells the unseen person in the front passenger seat, “Please don’t touch my stuff.”

Then, once he has had enough of their nonsense, he pulls over and tells them, “You know what … I need you to get out.”

The driver then says, “I’m sorry, Rebecca, but your partner here has gotta go.”

As the driver explains to Rebecca the “white privilege comment” and why he is kicking them out of the car, the person in the front passenger seat calls the driver a “bitch-ass nigger,” as he is getting out

The driver then gets out of the vehicle to confront him off camera.

Off camera, Rebecca tries to explain why she isn’t racist, and the driver tells her, “If you’re not about that, you need to stay away from people like that.”

As he leaves, the driver tells the group, “Be grateful that I’m a calm, collected dude, bro.”

California On The Verge of a $7 Billion Legalized Pot Industry – Anti Media...