Home News Trump Supporter Tries to get Undocumented Student At His School Deported, Gets... 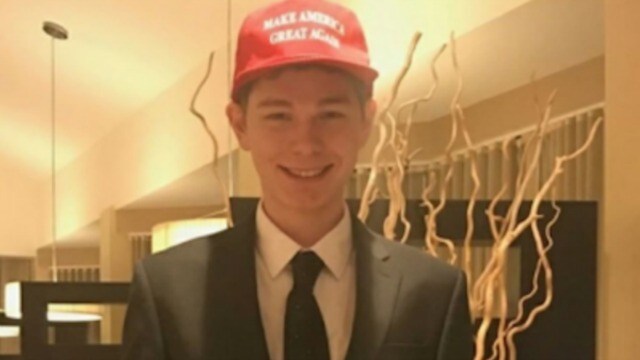 Trump supporter and white supremacist Tayler Ragg thought it would be funny to get an undocumented student at his school deported- but in an ironic twist, Ragg is not getting the last laugh as he has now found himself kicked out of the college they mutually attended.

The ex-Transylvania University student posted a picture of the victim’s Facebook page and captioned it, “Everyone go report this illegal at my school.”

The harassing posts we originally on a scummy Facebook group page called  “10th Crusade Enthusiasts.” Ragg has since deleted is account but not before the damage to his victim was done.

Ragg has since been expelled and a Transylvania University spokesperson confirmed his departure.

The girl he harassed, Paola Garcia, has made a video describing what she went through. She was sent abusive messages like, “I can’t wait till your f****** c*** ass is gone,” “You and your n***** boyfriend need to leave” and “Hope you enjoy your visit back to the dirt floors of your homeland, stinky ass.”

In the wake of Trump’s announcement of his plans to repeal DACA, white nationalists have rejoiced and taken it as a sign that Trump is “Advancing The White Supremacy Agenda”, and many like Ragg have taken it upon themselves to do the “President’s Work” by reporting undocumented people without regard to what the outcome may be for those on the receiving end.

What are your thoughts on the matter? Do you think the school’s reaction was appropriate in response to Ragg’s actions? Let us know in the comment section below.

The US Just Made This Cancer-Beating Vitamin ILLEGAL! – Anti Media News