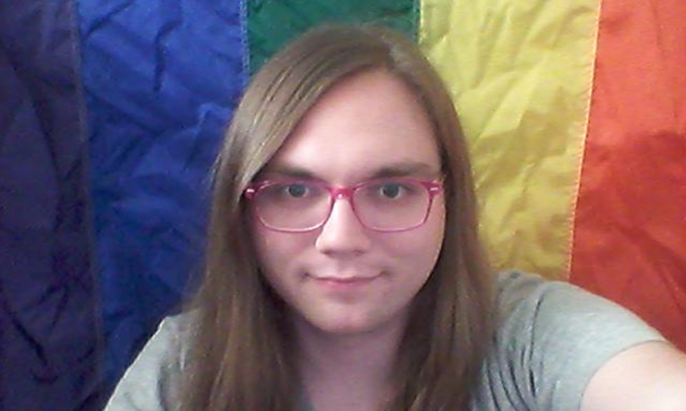 The attorney for the family of a Georgia Tech student who was shot and killed by police late Saturday night wants to know why authorities didn’t try non lethal methods to de-escalate the situation.

The family of Scout Schultz, 21, has hired trial attorney L. Chris Stewart to represent them.

The family of #ScoutSchultz the @GeorgiaTech student killed by campus police have hired me to investigate the shooting.Why no taser or mase? pic.twitter.com/GvVTPs2Gjw

Police encountered Scout Schultz outside a campus dormitory in Atlanta after a call about “a person with a knife and a gun” late on Saturday, reported BBC.

When officers arrived, they made contact with Schultz, who officers said was armed with a pocket knife, but there was no gun. Stewart said the blade of the folding pocket knife was not even open.

Officers allegedly tried to get Schultz to drop the knife, but Schultz was not cooperative and would not comply with the officers’ orders.

Video shows Schultz very slowly advancing towards police, so an officer decided to shoot with deadly force rather than try the non-lethal options available to them.

Schultz was transported to Grady Memorial Hospital in downtown Atlanta, and died there.

Watch the video below via Live Leak:

Stewart said the blade on the folding pocket knife that Schultz was allegedly holding was not open, and noted that it appears in the video that Schultz never ran towards police.

“I just don’t understand how they couldn’t have Tasers,” Mr Stewart said, adding that he thinks Schultz was “having a mental breakdown and didn’t know what to do”.

“The area was secured. There was no one around at risk,” the lawyer said, also questioning whether the university police had received sufficient training to deal with suspects with mental health issues.

As you might have heard, last night we lost our President, Scout Schultz. We are all deeply saddened by what has occurred. They have been the driving force behind Pride Alliance for the past two years. They pushed us to do more events and a larger variety events, and we would not be the organization we are known as without their constant hard work and dedication. Their leadership allowed us to create change across campus and in the Atlanta community. Scout always reminded us to think critically about the intersection of identities and how a multitude of factors play into one’s experience on Tech’s campus and beyond.

We love you Scout and we will continue to push for change.

No officers were injured during the incident.

The GBI is continuing their investigation. Once they have concluded their inquest, the results will be presented to the Fulton County District Attorney’s office for review and any additional action.