Home News Indonesian Woman Lashed 100 Times for ‘Being in Presence of Man She... 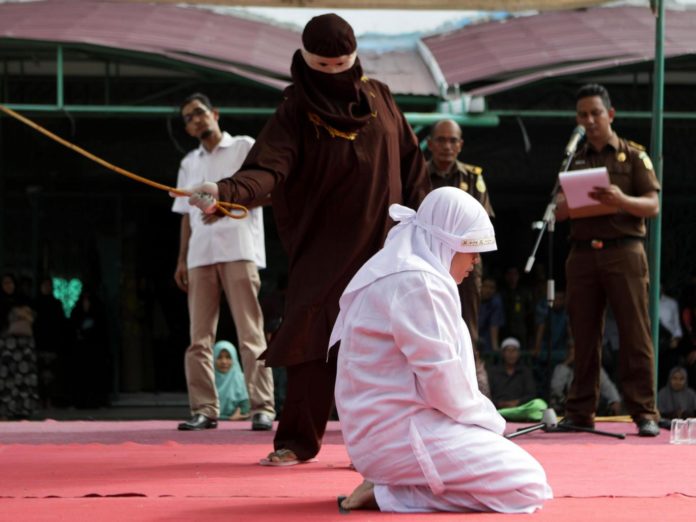 A 30-year-old Indonesian woman had to be hospitalized after she was lashed 100 times in public. Her crime? Being found in a private place with a man she was not married to.

The woman, whose name is Mazidah, was watched by thousands of people in Lhokseumawe — a city in the province of Aceh — as she was beaten. The Independent reports that the lashing took place after evening prayers last Friday. Because Mazidah was in such agony, the lashing had to be occasionally paused.

The man Mazidah was found with also received lashings, reports ABC News. However, he did not require hospital treatment. A third man was also found guilty and was reportedly flogged.

The province of Aceh is known to be extremely conservative. Public canings are common there, as they are a punishment for the violation of Islamic law. Last year alone, 339 public floggings conducted, according to the Institute of Criminal Justice Reform. Aceh is the only province in the country where public lashings are used as a reprimand.

Human rights advocates are concerned publish lashings are becoming more common. Earlier this year, two gay men were flogged 83 times for having consensual sex in private. As a result of international outcry over the controversial form of punishment, the local government

considered carrying out corporal punishment in privacy. The aim is to avoid poor publicity. However, this recent ordeal suggests that government is satisfied with tradition.

In addition to having sex outside of marriage and gay, consensual sex, Islamic law prohibits other activities, including gambling and drinking alcohol.