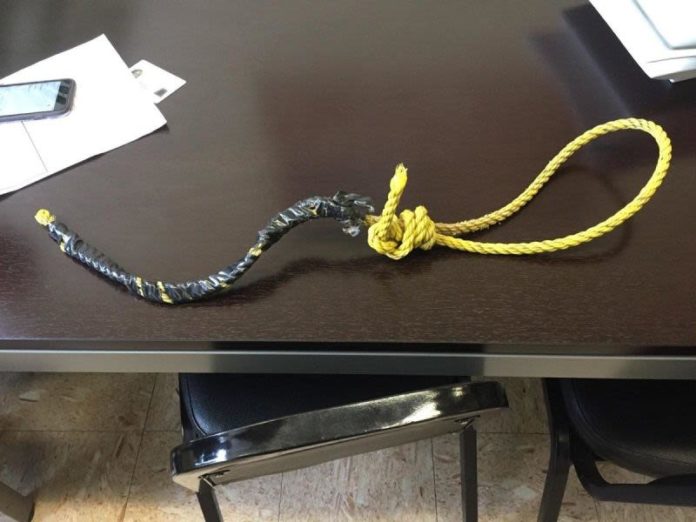 A New York City butcher who handed a black deliveryman a “present”, which was a noose, and offered to help the man hang himself has pleaded guilty to disorderly conduct for his actions.

Joe Ottomanelli, owner of Ottomanelli & Sons, got off easy and will only have to serve 3 days of community service, reported The Root.

The incident between Ottomanelli and 36-year-old Victor Sheppard, the delivery driver, was initially investigated as a hate crime.

In April, Ottomanelli, 60, gave Sheppard the makeshift noose fashioned out of yellow rope, and told him, “If you ever have any stress, just put it around your neck and pull it. I could even help you with it.”

Sheppard was stunned by the openly racist threat, saying later that he could not return to his job with meat distributor Mosner Family Brands because it chose to serve Ottomanelli’s business rather than the safety of its employees.

“I could have lost my life or been badly injured or in jail, and it didn’t mean anything to them,” Sheppard said. “It’s not easy returning to an environment where you mean nothing.”

Ottomanelli got a plea deal on aggravated harassment charges because his lack of criminal record.

When Ottomanelli completes his sentence at a soup kitchen or food pantry and undergoes a restorative-justice program, he also has a chance to get his record wiped clean. Which will allow him to do it again with little to no consequences.