Home News Chicago Police Officer Ordered to Pay $500,000 Out Of His Own Pocket... 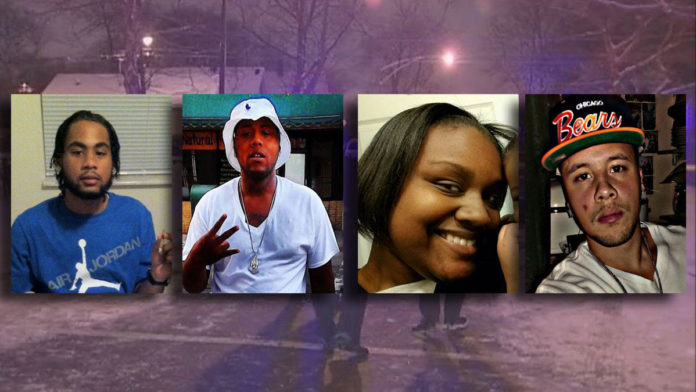 A  woman and her two brothers were shot by a Chicago police officer.

Now, a jury says the cop went too far and they’re owed almost five million dollars by the city, including half a million from the police officer.

The three victims hope the jury’s verdict sends a message, but it still hasn’t made them whole.

Three years ago, Michael Williamson was home on leave from the Navy, celebrating New Year’s Eve with family and friends at a home in the Roseland neighborhood. Before the night was done, Michael and two of his siblings had been shot and wounded by Chicago Police Officer Wilfredo Ortiz.

“I had a wound to my shoulder, my stomach, I was on the colostomy bag for a year, I got hit twice in my back, and once in my right hip,” Michael said.

His younger sister was shot in the stomach.

“I thought I was going to die. I didn’t know what was going on. I’d never been shot before,” Kierra said.

Now, Michael and Kierra, and their brother Princeton, have won a jury verdict of $4.7 million because of that shooting. A federal jury found that Officer Ortiz used excessive force when he fired eleven times onto the porch and into the home.

Officer Ortiz was responding to gunfire at the home, the shots apparently in celebration of the New Year. Officer Ortiz claimed Michael had taken a military-style tactical stance and threatened him with a weapon, but the officer’s story did not stand up in court.

“It’s just funny how they tried to use my military experience against me,” Michael said.

Princeton Williamson says the verdict sends a message that officers need to think before they react.

Officer Ortiz is still on the force, because IPRA cleared him in the shooting. The city says in response to the verdict that it’s considering its options.

Vietnam Is Sentencing Corrupt Bankers to Death by Firing Squad