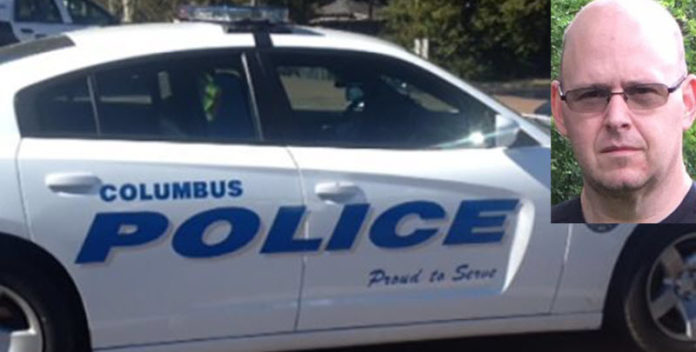 In Mississippi, a black driver leaves a traffic stop frustrated, scared, angry, and thankful to still be alive after an out of control racist white cop decides to play a little “game” with his life.

As reported by The Dispatch, Joshua Hibbler admits that on Aug. 18th he was indeed driving over the 30-mph speed limit when Columbus officer Keith Dowd pulled him over in his girlfriends Camaro convertible.

According to Hibbler, Dowd was immediately confrontational. He said the cop tried several times to trick him into confessing that he’s under the influence while hurling insults towards him. He believes that Dowd wanted to provoke some sort of violent reaction.

Dowd told the 20-year-old that he was driving that he was driving “like an idiot.” then, during the seemingly routine traffic stop, Dowd threatened Hibbler with arrest, as well as to have his girlfriend’s car impounded, and ordered the driver to stick out his tongue to determine drug use.

“You smoke weed, you still do — I can tell by the coloration of your tongue,” Dowd said, according to video recorded by his body camera.

The officer then threatened to call a detective to the scene to scrape Hibbler’s tongue and arrest him for Marijuana possession.

Even after discovering that Hibbler had no prior criminal record, the 48-year-old Dowd still tried to trick the young man into incriminating himself.

“Then say, ‘Yes, officer, I do smoke weed,” Dowd commanded, and Hibbler repeated the statement — which the officer then claimed gave him probable cause to search.

It was at that time Hibbler took one hand off his steering wheel to bring the officer’s attention to the car’s ashtray. However, Dowd only saw that gesture as an opportunity to escalate the situation.

“Man, listen to me, next time you reach, it’s going to get ugly because you’re kind of appearing to me to be the twitchy type of person who has done something wrong or you got something — listen to me — so all this reaching and grabbing whatever, I guarantee you, before you think you can do something, I can empty a magazine into the car,” Dowd told him. “You understand that? Do you believe that?”

According to Hibbler, he was terrified by the officer’s behavior but was also afraid to show his anxiety out of fear of looking suspicious.

“I got to thinking about all those situations of police brutality, and I thought, ‘No, I don’t want to be another one of them,’” Hibbler said. “I don’t know what would’ve happened if I had said something.”

Eventually, after terrorizing the young man for nearly 15 minutes, the “charitable” Dowd let Hibbler off with a warning.

Hibbler’s uncle, who happens to be a former city councilman, reported the stop to the Columbus Police Chief.

At first, the Chief only wrote Dowd, who had only been with the department for three weeks before his encounter with Hibbler, a reprimand for his behavior. However, the Chief decided to place Dowd on administrative leave but only after the body cam footage was released to the media.

The Mayor then sent a memo to the police chief stating that Dowd had a history of engaging in similar behavior during his brief time with the department.

“I also believe Officer Dowd is a threat to the citizens of this community and I want him off the streets now,” Mayor Robert Smith said in the memo.

As for Hibbler, he said that he believes the officer’s anger was racially motivated but was further fueled by his appearance (namely his dreadlocks) and the fact he was driving a very nice car.

“I guess he just saw a young black male, with the hair, driving a nice car, and then he named the price of the car,” Hibbler said. “Well, my mom has a BMW. What if I had been driving that? Some cops, when they look at blacks, they look at us like we’re just some type of animal or something, like we’re outrageous or about to snap or something. It’s just a stereotype.”

Here’s the complete video of the traffic stop.

Since being suspended, Dowd has subsequently resigned from Columbus PD. But don’t rule out the likelihood of him being hired somewhere else. Police departments are as bad or worse than the Catholic Church when it comes to moving bad cops around like trading cards.

As you can probably imagine, as a black man I have a lot to say about this. So I thought I’d try something a bit different and express my thoughts via video.

“Go Back To Your Own Country,” Racist Man Yells Before Shooting Man Wearing Turban...

Pedophiles Should Be Allowed To Adopt Children Too – Anti Media News

Pipeline Spewed 176,000 Gallons Of Oil Into The Water Not Far From Standing Rock...