Home Crime Inmates Break Out of Jail, Burglarize a Dollar General, Then Break Back... 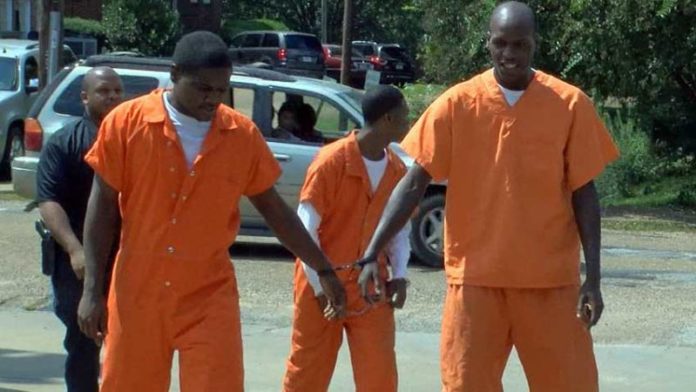 Four Holmes County, Mississippi inmates were able to break out of a local jail, burglarize a store, and then return to the jail like nothing happened.

The inmates, identified as Levontaye Ellington, Travis Baker, Maurice Robertson, and Jacquiez Williams, all escaped from the Holmes-Humphreys County Regional Correctional Facility and managed to jump the fence of the jail unnoticed. The group then made their way to a Dollar General located less than a mile away and filled their pockets with anything they thought they could sell, reported Mississippi News Now.

They even managed to sneak unnoticed back into jail before anyone realized they were missing.

The police chief was baffled by the inmates that broke back into jail.

“You already in jail, but you want to break out and break back in?” the chief said. “That is just something. I heard it all.”

Holmes County Sheriff Willie March said that his team is working to make sure that security is beefed up so this does not happen again.

Some of the items that were stolen were recovered and the four inmates now have additional charges of commercial burglary.

When The Government Really Did Fear A Bowling Green Massacre — From A White...