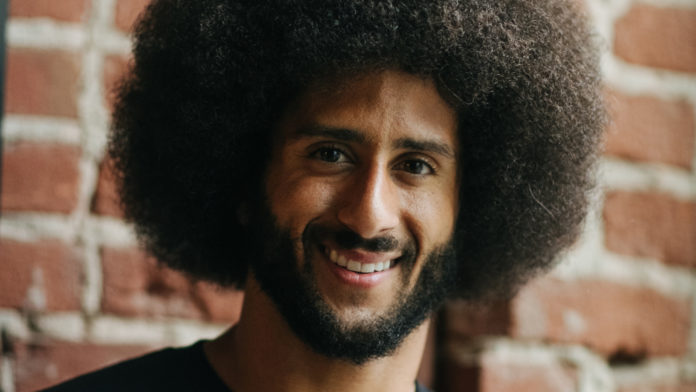 While campaigning for Alabama Senate runoff candidate, President Donald Trump went on a tangent and called former San Francisco 49ers quarterback Colin Kaepernick as a “son of a b*tch.”

“‘Wouldn’t you love to see one of our NFL owners, when somebody disrespects the flag, say, ‘Get that son of a b*tch off the field right now. Out. He’s fired…FIRED!’” Trump said at the rally.

The crowd of Trump supporters respond by chanting USA, USA, USA, as Trump smugly smiles while leaning to the side. Impressing even himself with how easily he can manipulate his supporters.

Trump continues, suggesting again that NFL owners, his friends, should fire people for what he calls “disrespecting the flag” and disrespecting our “heritage”, proving he has no idea why people are actually kneeling during the anthem.

Immediately, Twitter took Trump to task over his language and behavior.

“When was the last time a sitting President said ‘son of a b*tch‘ on purpose at a rally?” activist-journalist Sean King tweeted. “Has that ever happened?”

Read some of the shocked and angry reactions below.

Trump used harsher language to describe Kaepernick than he used for the Neo-Nazi who killed Heather Heyer. https://t.co/WpsNY9bU8w

Trump calls Colin Kaepernick a “son of a bitch” & rejected the invite to the NAACP convention, but he’s not racist?

I’m like 75% sure that if Trump had never talked about Kaepernick he’d be on a roster now https://t.co/UMN96YttkU

It’s almost like the people who have abject hate for Kaepernick also support Trump. https://t.co/VE5Owh6BEP

Wrote in March about how Trump’s vocal obsession w/@Kaepernick7 opens Trump up to be sued for contract interference https://t.co/H9cPzevPFg https://t.co/EMy4Bqwawk

Trump was quicker and more vehement in his hatred of Colin Kaepernick’s non-violent protest than he was of Nazis. Take note of that.

L.A. May Join Divestment Movement From Wells Fargo Following in the Footsteps of 5...

Cops Got Caught On Video Murdering A Citizen In The Street – Anti Media...