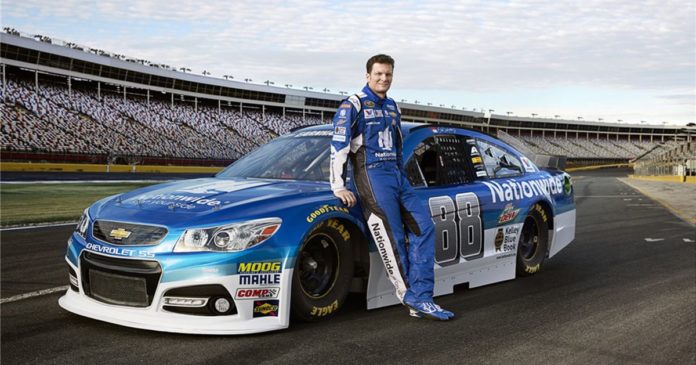 NASCAR owners recently threatened to fire any team members who protested during the anthem. Hall of Fame driver Richard Petty went even further, and declared that peaceful protesters should be kicked out of the country: “Anybody that don’t stand up for the anthem oughta be out of the country. Period. What got ’em where they’re at? The United States.”

Petty showed that he does not want people in this country if they are willing to stand up (or take a knee) for justice and try to make this country a better place through peaceful, silent protests. Racing legend Dale Earnhardt Jr. took the opposite, more rational approach.

Earnhardt Jr. disagrees with NASCAR owners’ threats to drivers to not take part in protests against police brutality that take place during the national anthem, reported Raw Story.

On Twitter Monday morning, Earnhardt Jr. supported the right of all Americans to engage in nonviolent protests by sharing a quote from John F. Kennedy: “those who make peaceful revolution impossible will make violent revolution inevitable.”

This of course points out how Trump, with the support of many other rich friends (NASCAR owners) is trying to make peaceful protests impossible, which will lead the the inevitable.

Multiple NASCAR owners said over the weekend that they would fire drivers who took a knee during the national anthem, and on Monday, Trump approved of their oppression of people’s rights that the US military allegedly invades other countries for.

“‘So proud of NASCAR and its supporters and fans,” the president wrote. “They won’t put up with disrespecting our Country or our Flag – they said it loud and clear!”

So proud of NASCAR and its supporters and fans. They won’t put up with disrespecting our Country or our Flag – they said it loud and clear!

While trying to boost his approval ratings in the polls, Trump called NFL anthem protesters “sons of b*tches” during a campaign rally in Alabama Friday night. He has continued his anti-peaceful protest rhetoric for several days and it has been a hot topic in the media.

Media Blackout on Protests in Mexico Pushing Country to Brink of Revolution – Anti...