Home News Chicago Cops To Be Disciplined for Taking a Knee 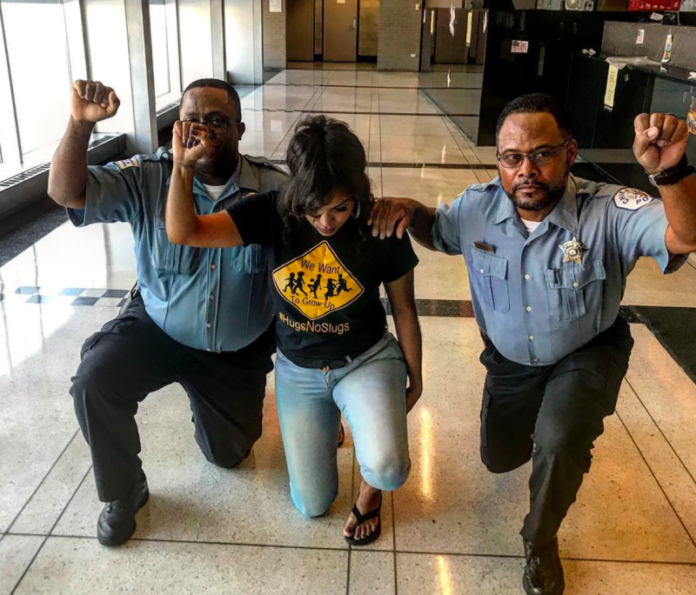 Two Chicago police officers will be reprimanded for making a “political statement” while on duty after taking a knee over the weekend.

As NFL players were taking a knee in stadiums around the country, Chicago activist Aleta Clark asked two Chicago cops to kneel with her for the ’gram, reported Chicago Tribune.

The post was brought to the attention of the Chicago Police Department, which says the photo violates its ban on police making political statements while on-duty.

Anthony Guglielmi, a spokesman for the police department, spoke with The Tribune about the photo:

“We will address it in the same way we have handled previous incidents in which officers have made political statements while in uniform, with a reprimand and a reminder of department policies,” said Guglielmi.

Posting on her “englewoodbarbie” account, Clark summarized how the photo was taken in her caption:

Chicago police officers were recently reminded of the policy in January about not making political statements after a “Make America Great Again” slogan was spotted on the dashboard of a police car at an Inauguration Day protest at the Daley Center.