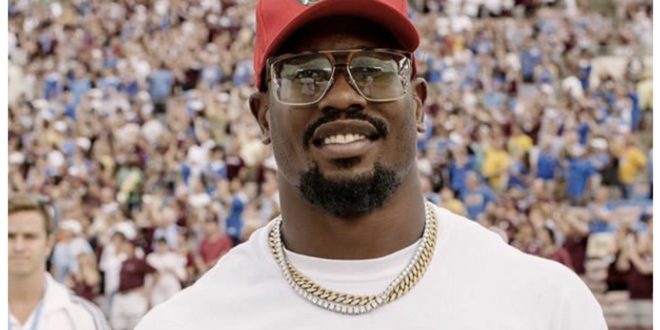 Just one year after Broncos’ Brandon Marshall lost endorsements for kneeling in protest during the national anthem, a similar situation has happened to his teammate Von Miller.
⠀⠀⠀⠀⠀⠀⠀⠀⠀⠀⠀⠀⠀⠀
On Sunday, in response to Trump’s “son of a bitch” comments during a rally in Alabama, Miller took a knee to continue the movement against racial injustices and police brutality. However, one day later, the pass rusher has lost an endorsement.
⠀⠀⠀⠀⠀⠀⠀⠀⠀⠀⠀⠀
Phil Long Ford in Denver said it wouldn’t be renewing its agreement with Miller. Although Ford told reporters that Miller wasn’t being fired, the contract would not be renewed because of the protest.
⠀⠀⠀⠀⠀⠀⠀⠀⠀⠀⠀⠀
“We are evaluating the events of the weekend. It is important to state that we haven’t fired Von. We are in the middle of contract renewal and this weekend’s events remind us that sometimes we feel that we best represent ourselves. We support Von and his first amendment rights, we know Von and he’s a good person. He donated a police car to his hometown police dept. All that notwithstanding when we bring in celebrities to represent us we run the risk of being misrepresented,” Ford said to reporters.
⠀⠀⠀⠀⠀⠀⠀⠀⠀⠀⠀⠀
“We, like millions of Americans are concerned and will respond consistently with our values as a proud American company founded by a war hero (Phil Long). While we can’t control the actions of others we can be responsible for how we support our nation and community. That is why, years ago, our principal owner, Jay Cimino, founded the Mount Carmel Veteran’s Service center, and is supported by all Phil Long Dealerships. We support this cause not just with our words, but financially as well, and it is serving hundreds of veterans in need right here in Colorado. This would be a great time for our community to show support for our military community by supporting this cause or others that continue to serve them after they serve us.”