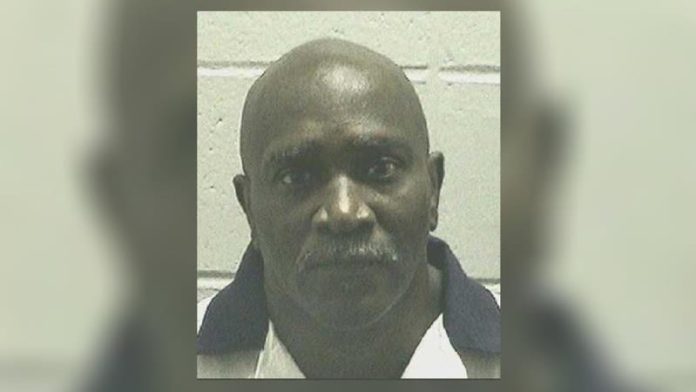 Keith Tharpe, a Georgia man who was convicted of murder in 1991 and sentenced to death, did not die as scheduled Tuesday.

Instead, the U.S. Supreme Court intervened in the last moment and granted Tharpe a stay of execution just three-and-a-half hours after he was scheduled to be put to death by legal injection, the Atlanta Journal-Constitution reports.

According to the report, in a 6-3 decision, the justices voiced concerns about claims that one of the jurors in Tharpe’s trial was a virulent racist and thus sentenced Tharpe to death solely because he is black.

It is now up to the Supreme Court to decide whether it will hear Tharpe’s appeal. If the justices refuse, the stay of execution will terminate automatically, however that decision by the court is still up in the air.

In the meantime, Tharpe’s attorneys are holding fast to the small victory, voicing their happiness with the temporary stay.

“We’re gratified the court understands this case merits thoughtful consideration outside the press of an execution warrant,” Brian Kammer, one of Tharpe’s attorneys, told AJC. “We are extremely thankful that the court has seen fit to consider Mr. Tharpe’s claim of juror racial bias in regular order.”

Tharpe was scheduled to die at 7 p.m. Tuesday, however, Georgia does not usually carry out executions (even at the appointed hour) if there are appeals still pending. The Georgia Supreme Court had denied Tharpe’s request for a stay of execution and the state Board of Pardons and Paroles had also denied clemency, ultimately leaving the decision in the U.S. Supreme Court’s hands.

Tharpe’s lawyers also maintained that he was not eligible for the death penalty because he is intellectually disabled. They also continually insisted that one of the jurors who convicted him and sentenced him to die was racist.

The juror in question, Barnie Gattie, reportedly didn’t even really bother to try to hide his racism. When lawyers seeking an appeal for Tharpe interviewed Gattie and some other jurors in 1998, Gattie casually said things like there being a difference between “good black folks” like the victims Tharpe murdered, and “niggers,” and that he voted for the death penalty because he thought Tharpe was a “nigger.”

In Georgia, an impartial jury must unanimously vote for capital punishment in order for the death penalty to be used as punishment, but clearly, Georgia didn’t give a damn about Keith Tharpe, not then and apparently not now.

Whether the Supreme Court will do the right thing and settle the injustice dealt out to Tharpe, well, that remains to be seen.

Airlines Refuse Man With Dog Trying to Flee Hurricane Irma A Seat on the...