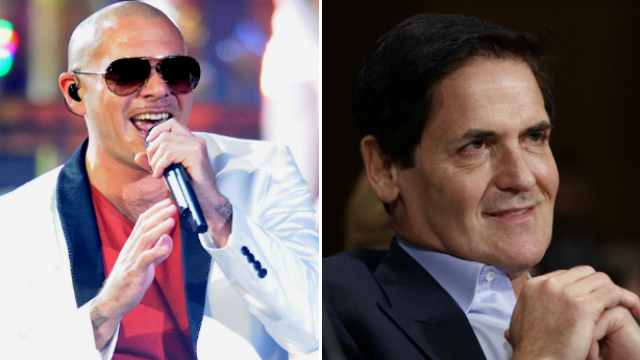 While President Trump is preoccupied with misunderstanding NFL anthem protests and refusing to help Americans who live in Puerto Rico, Dallas Mavericks owner Mark Cuban and rapper Pitbull have decided to help in Puerto Rico’s recovery after Hurricane Maria tore through the island.

“Mark gave him our team plane,” team coach Rick Carlisle told ESPN. “They loaded up a bunch of stuff, supplies, etc., to take over to Puerto Rico, and they’re going to turn around and come back.”

Barea headed back to the Dallas area Tuesday night, and then Pitbull announced he would also be helping those in need.

Pitbull offered his private plane to send aid, as well, and to transport cancer patients off the island.

The music artist, whose real name is Armando Christian Perez, said he wants to do whatever he can to help after Hurricane Maria devastated the territory and left it without power.

It is great that a few of the wealthy Americans are jumping in to help out, even when the president refuses immediate assistance after the disaster.

RIGHT WING TERRORISTS HAVE BEEN BEHIND 73% OF ALL ATTACKS RESULTING IN DEATH SINCE...