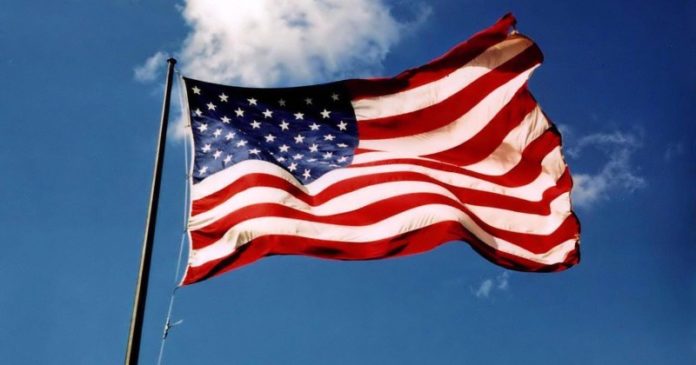 An outraged Florida mother is questioning the way the school handled the incident where her 6-year-old son was publicly admonished for deciding to take a knee Monday during the recital of the Pledge of Allegiance.

Eugenia McDowell’s precocious little boy decided to kneel down during the recital of the pledge at Wiregrass Elementary School following a weekend of protests across the NFL when many athletes were seen doing the same in peaceful protest of black oppression and police brutality across the nation, reported ABC News.

McDowell told the network that she didn’t know that her son was going to kneel and was informed of what happened in a text message from the boy’s teacher, but she now feels that her son’s voice and right to free speech was trampled.

According to the report, the text message from the teacher read, “I knew where he had seen it [going down on one knee], but I did tell him that in the classroom, we are learning what it means to be a good citizen, we’re learning about respecting the United States of America and our country symbols and showing loyalty and patriotism and that we stand for the Pledge of Allegiance.”

The teacher is implying that peaceful protesters are NOT good citizens, and do NOT respect the US and the freedom guaranteed by the constitution–such as the freedom to peacefully protest.

Pasco County School District spokesperson Linda Cobbe defended the teacher’s stance, saying that school policy notes that students have to have a written letter from a parent informing the school that the student does not have to recite the pledge, in accordance with Florida state law.

“Our policy—and state law, for that matter—requires that a parent submit a request in writing that their student be exempted from participating in the pledge,” Cobbe told ABC News. She also noted that even with parent’s approval not to pledge their allegiance to a flag, the students are still required to stand.

McDowell was unaware of the policy, and does not plan to send in such a letter.

McDowell said that she reached out to the school requesting a meeting with her son’s teacher and the principal to further discuss the issue.

“In my email, I wrote we may have to consider changing his classroom. I wasn’t ready to make that decision until a discussion with them [the school principal and teacher] took place,” McDowell said. “I wanted an apology to my son in the same manner that she called him out for kneeling. I also wanted to know if she would be remorseful. If she demonstrated that, then I would have been OK with him remaining in her class.”

However, by Wednesday, she said she learned that her son had already been assigned to a new teacher. Still, McDowell said, she intends to have a conversation with the school principal, hoping to start a more sweeping conversation about children’s rights to express themselves.

“We are no longer going be silenced, our voices will be heard, and our little black boys that sit in classrooms today, not just my son but every other child that looks like him, they are not going to be silenced,” McDowell said.

Parents of Slain Teen Trayvon Martin Consider Running for Office to “Be Part of...

Dow Chemical Makes Contribution To Trump and Asks Him To Ignore Pesticide Study –...

Pedophile Who Raped and Killed 4-Year-Old, Captured and Executed in Public