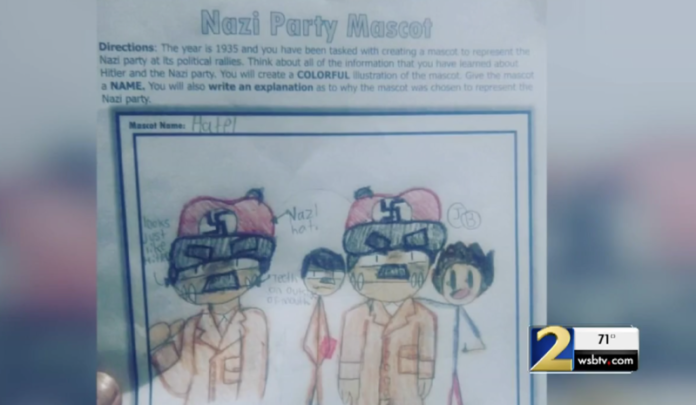 A Gwinnett County, Georgia schoolteacher thought it was appropriate to give sixth-graders an assignment to create a Nazi mascot.

The assignment was given out Monday at Shiloh Middle School, and a parent quickly contacted Gwinnett school officials to question the exercise, reported The Atlanta Journal-Constitution

The president of the Atlanta NAACP said the assignment didn’t make any sense, according to WSB-TV.

Gwinnett County officials said that the teacher, who remains unidentified, was teaching a social studies class, and the class was covering some of the rise of Nazism and the use of propaganda and events that ultimately led to the Holocaust.

“This assignment is not a part of the approved materials used by our social studies department and is not appropriate, and the school is addressing the use of this assignment with the teacher,” school district spokeswoman Sloan Roach told AJC.