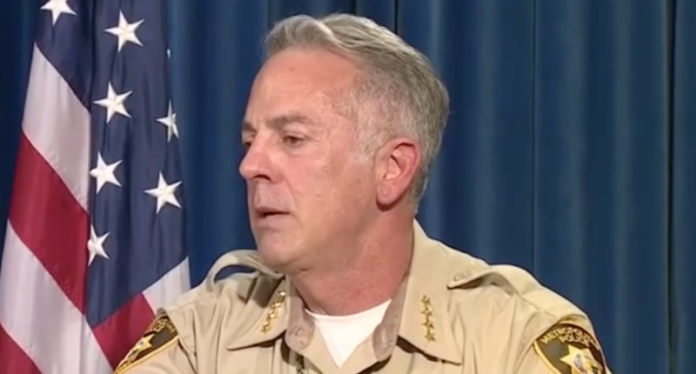 During a Wednesday night press conference about the investigation into Las Vegas shooter Stephen Paddock, Clark County Sheriff Joe Lombardo said his department is operating under the assumption that the gunman had assistance, reported Raw Story.

“On face value, you have to make the assumption that he had to have some help at some point,” Lombardo said. “And we want to ensure that that’s the answer.”

Lombardo said despite their belief that he had to have had help, the department does not have any people of interest in mind for Paddock’s accomplice.

Watch Sheriff Lombardo at the press conference below:

As Americans Fatter Than Ever, World Faces Worst Starvation Crisis Since WWII – Anti...

Cop Stops Woman for Broken Tail Lights, Instead of Ticket, He FIXED THEM—This is...