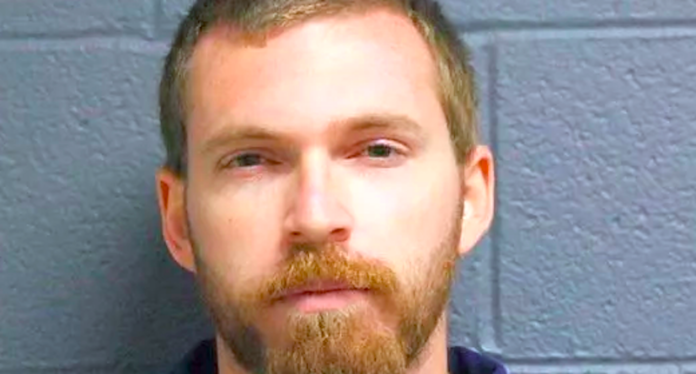 In a massive failure of the judicial and justice systems, a Michigan judge gave joint custody of an 8-year-old boy to a convicted sex offender who raped the child’s mother nearly a decade ago, when she was just 12 years old.

The father should be in jail as a repeat child rapist, but instead he will get legally approved joint custody of the offspring of his rape.

Sanilac County Circuit Judge Gregory S. Ross awarded joint legal custody for the boy to 27-year-old Christopher Mirasolo after a DNA test established paternity, but the victim’s attorney questioned the chain of events that led to the decision, reported The Detroit News.

The child’s mother and rape  victim, now 21, and her attorney say the case was prompted after the county questioned her about child support she’d received during the past year, and the judge then gave her address to Mirasolo and ordered his name added to the boy’s birth certificate.

“I think this is all crazy,” the victim told the newspaper. “They never explained anything to me. I was receiving about $260 a month in food stamps for me and my son and health insurance for him. I guess they were trying to see how to get some of the money back.”

Her attorney points out that the system has failed again by letting a criminal walk free while punishing the victim.

“This is insane,” said attorney Rebecca Kiessling. “Nothing has been right about this since it was originally investigated. He was never properly charged and should still be sitting behind bars somewhere, but the system is victimizing my client, who was a child herself when this all happened.”

“An assistant prosecutor on this, Eric Scott, told me she had granted her consent, which was a lie,” Kiessling said. “She has never been asked to do this and certainly never signed anything.”

The attorney said Mirasalo, then 18, raped and threatened to kill her client, who was 12 at the time, in September 2008.

“She, her 13-year-old sister and a friend all slipped out of their house one night to meet a boy and the boy’s older friend, Mirasolo, showed up and asked if they wanted to go for a ride,” Kiessling said. “They thought they were going to McDonald’s or somewhere.

Instead, Mirasolo threw away their cell phones and kept the girls captive for two days in a vacant house, and he was arrested a month later — when her client was pregnant.

Mirasolo was sentenced to one year in the county jail after accepting a plea deal on third-degree criminal sexual assault, but he was released after just six and a half months to care for his sick mother.

“(The victim) and her family (were) told first-time sex offenders weren’t sent to prison because people come out worse after they go there,” Kiessling said.

Mirasolo was convicted again of assaulting a teen between 13 and 15 years old in March 2010, but he served only four years for the second rape.

His attorney told the newspaper that Mirasolo had not initiated the case but was notified by the prosecutor’s office that he’d been granted joint legal custody and visitation privileges.

“I don’t know what his plans or intentions might be regarding any future relationship with the child,” said attorney Barbara Yockey. “This might be something we will have a conversation about, but he has not been served with any other court papers and is not scheduled to be in court.”

The victim, who dropped out of school and went to live with relatives out of state, was ordered to return to Michigan or be held in contempt of court, and she is not allowed to move more than 100 miles from where she had been living when the case was filed without court consent.

Illegally Healed: How Cannabis Oil Saved This 11-Year-Old From A Rare Bone Tumor