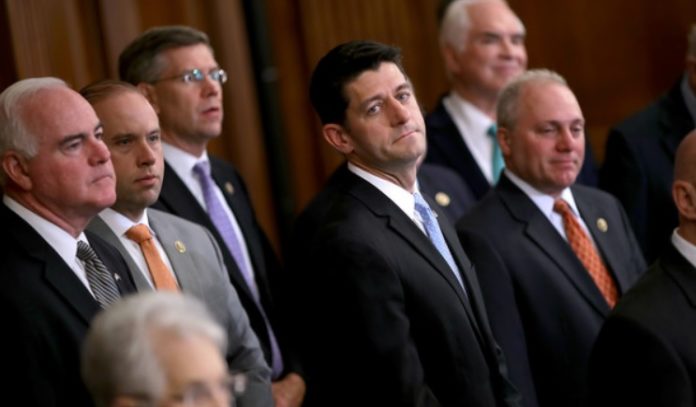 Even a minimal effort to examine the proliferation of guns and mass shootings in America is too much for Republicans to consider, and that has House Democratic Whip Steny H. Hoyer of Maryland angry and frustrated.

After #LasVegasShooting, Republicans are once again saying this is not the time to discuss #gunviolence.

I ask them: when is it time? pic.twitter.com/LgvvSrWSzE

Hoyer spoke out today after the Republicans voted not to consider legislation on the floor of the House that would have established a bipartisan Select Committee to investigate gun violence.

“Today,” Hoyer said in a statement, “just 59 hours after 59 people were brutally murdered and more than 500 injured in the worst masss shooting in our history, Houe Republicans voted to defeat a motion that would have established a select committee to investigate gun violence.”

Unlike Trump and the Republicans, who claim it would be improper to discuss reforming gun laws right after the tragedy because it would politicize the event, Hoyer and Democrats believe it is the right time when people deeply care about the issue and have had an emotional response to the murders.

“If we cannot come together as a nation behind an effort to identify commonsense ways to reduce gun violence even in this moment of tragedy, when can we do so?”

What frustrated Democrats is that their opponents, flush with contributions from the NRA, refused to even discuss one of the country’s biggest issues.

“There are ways that our country can help prevent mass shootings and the criminal abuse of firearms without infringing on the rights of responsible gun owners.”

“Silencing national dialogue on this issue will not make us safer, nor does it honor the memories of victims to avoid talking about the very serious national challenge that daily causes unnecessary loss of life and injury.”

In a Congress where there is little cooperation across the aisle, at a time the nation is more polarized than ever and cooperation among the two major parties is rare, Hoyer continues to be a voice in the wilderness seeking change.

“I call on Republicans to work with Democrats to enact responsible commonsense gun safety legislation, which Americans overwhelmingly support.”

It is pretty clear the Republicans under Trump will not respond to Hoyer’s plea. They claim no law could stop the use of guns and mass shootings like the one in Las Vegas – even though commonsense laws in other countries have including Australia, Japan, and the U.K. have made a huge difference, lowering the number of gun-related incidents.

Christian Mauled By Lion After Trying ‘To Prove Lord Would Intervene And Save Him’…...

Texas Deputy and Husband who Choked a Man To Death Charged with His Murder...