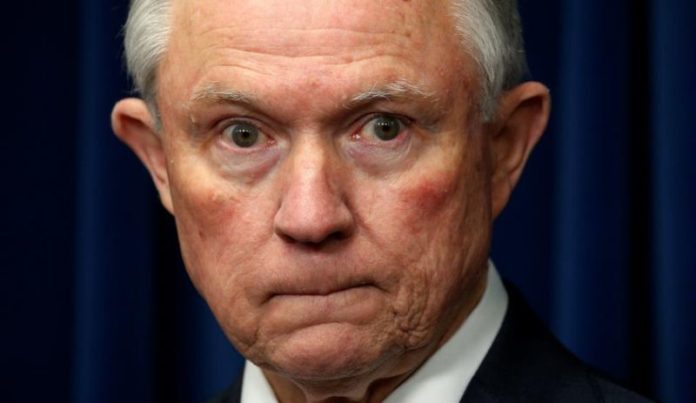 Attorney General Jeff Sessions believes transgender people do not deserve civil rights protections against sexual discrimination, so he has gone above and beyond the call of duty to rescind an Obama-administration decree that granted them such protections under the Civil Rights Act of 1964.

BuzzFeed News obtained a memo Sessions sent to agency heads and U.S. attorneys Wednesday that said, “Title VII’s prohibition on sex discrimination encompasses discrimination between men and women but does not encompass discrimination based on gender identity per se, including transgender status.”

The memo stated the government will maintain this stance, which means any current discrimination claim in the process of being handled will be decided based on this new rule.

“Although federal law, including Title VII, provides various protections to transgender individuals, Title VII does not prohibit discrimination based on gender identity per se,” Sessions wrote. “This is a conclusion of law, not policy. As a law enforcement agency, the Department of Justice must interpret Title VII as written by Congress.”

Sharon McGowan formerly worked as an attorney in the Justice Department’s Civil Rights Division. She now works as a lawyer for the LGBT group Lambda Legal, and she told BuzzFeed News that Sessions is ignoring a widespread trend in federal courts.

“It’s ironic for them to say this is law and not policy,” McGowan said. “The memo is devoid of discussion of the way case law has been developing in this area for the last few years. It demonstrates that this memo is not actually a reflection of the law as it is—it’s a reflection of what the DOJ wishes the law were.

“The Sessions DOJ is trying to roll back the clock and pretend that the progress of the last decade hasn’t happened,” McGowan added. “The Justice Department is actually getting back in the business of making anti-transgender law in court.”

According to BuzzFeed, Sessions said that he is withdrawing the Dec. 15, 2014, memo and wrote, “The Department of Justice will take that position in all pending and future matters (except where controlling lower-court precedent dictates otherwise, in which event the issue should be preserved for potential future review).”

Sessions added, “The Justice Department must and will continue to affirm the dignity of all people, including transgender individuals. Nothing in this memorandum should be construed to condone mistreatment on the basis of gender identity, or to express a policy view on whether Congress should amend Title VII to provide different or additional protections.”

It sure seems like he is condoning mistreatment, otherwise he would not be removing their legal protection. It seems like he could find a better use of his time than removing civil rights protections from American citizens simply because he does not agree with their decisions that do not affect others.

Report Reveals Mother of Charlottesville Attacker Forced to Call 911 Multiple Times Due to...

White Male who Shot and Injuried Two Police Officers Was Apprehended Without Incident –...